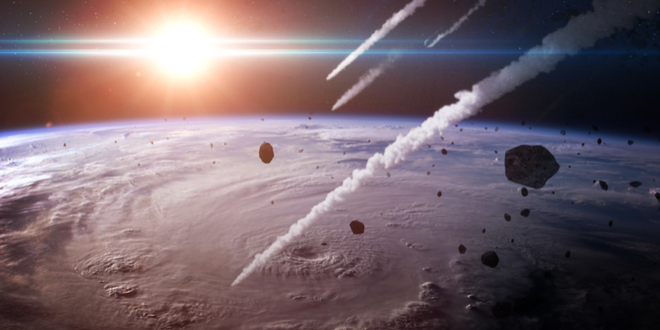 “Before the great and terrible day of Hashem comes, I will set portents in the sky and on earth: Blood and fire and pillars of smoke.” Joel 3:3 (The Israel Bible™)

An especially spectacular meteor shower seen around the globe this week and a near-miss by a potentially apocalyptic meteor are just a few of the pre-Messianic astronomical signs that are to be expected in the near future, said a prominent kabbalist rabbi from the holy city of Tzfat.

“The prophecies, the Talmud, and the Zohar all explicitly describe astronomical phenomenon that will appear immediately before the Moshiach (Messiah) arrives,” Rabbi Eyal Riess, Director of the Tzfat Kabbalah Center, told Breaking Israel News. “Asteroids and meteors are clearly among them as signs of change and as elements that bring about the change.”

The Geminid shower occurs when the Earth passes through the debris of an asteroid, a small rocky planet generating brighter meteors.  The asteroid, known as the 3200 Phaethon, will also make an appearance along with the meteor shower, passing very close to the earth in astronomical terms.

Phaethon is the third-largest asteroid ever discovered and was first observed by a NASA satellite in 1983. The asteroid will reach its closest point to the Earth on Saturday night, coming within 0.069 astronomical units — about 6.4 million miles. According to NASA, this encounter with Phaethon is the closest since 1974, and the closest it will be until 2093.

Though these astronomical appearances are not uncommon, Rabbi Riess believes they are taking on a new significance.

“Using Jewish sources, we have determined that according to the calendar, we are objectively coming to the end-of-days,” Rabbi Riess told Breaking Israel News. “In kabbalistic terms, we are one hour before sunset. Very soon, the Sabbath of Messiah will begin.”

With a diameter of about three miles, Phaethon is half the size of the asteroid scientists believe struck the earth and led to the extinction of the dinosaurs 65 million years ago. It has an eccentric orbit which crosses the Earth’s, leading NASA to classify Phaethon as “potentially hazardous”.

Even its name pays tribute to its destructive potential. Scientists named the asteroid after the son of the pagan Greek sun god Helios, who legend holds pulled the sun across the sky, losing control of the sun and nearly destroying the Earth.

Despite the NASA warning, Rabbi Riess believed that any astronomical event connected to the Messianic process would bring with it healing and not harm.

“Everything that is happening today, politics and natural phenomenon, they connect one part of the world to all the others, and connect the beginning of time to the end of days,” Rabbi Riess said. “Messiah is part of creation, not destruction, and this is the specific message in these celestial signs.”

The rabbi cited a verse from Isaiah to illustrate this point.

There does not seem to be any danger from Phaethon this week, but in 20193 it will pass within 1.85 million miles of the earth. That may sound like a wide margin, but in astronomical terms, it will be a very close call.