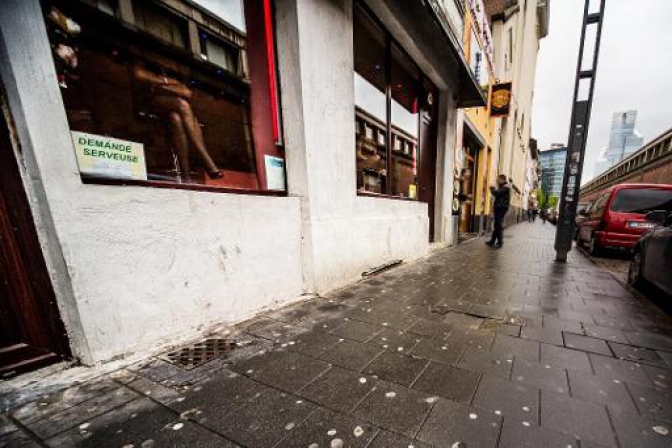 ‘Mama Leather’, head of prostitution gang, gets 10 years in prison

‘Mama Leather’, the leading figure of a notorious Nigerian prostitution gang in Brussels, has received a lighter punishment in the Court of Appeal than first expected.

The madam was originally sentenced to 14 years in prison, but it was knocked down to 10 years in appeal. The fine of 240.000 euros stayed the same.

The court also ordered the seizure of the premises in which the prostitutes were exploited, and sentenced the owners of the buildings, which is a first in Belgium. “The seizure is an important signal to the entire prostitution industry,” said Alexis Deswaef, a lawyer at Myria, the federal Migration centre.

The gang of Mama Leather was one of the biggest Nigerian prostitution networks in Brussels. Victims were taken in Nigeria at a very young age and put on a boat to Libya under false pretences. From there, they would board another boat to Europe. Once in Brussels, they got a small apartment and had to start prostituting themselves immediately, to pay off their debt of 35.000 euros or more for the trip.

In the last three years alone, investigators found evidence that Mama Leather smuggled at least 8 to 10 young girls from Nigeria to Belgium. She had also ‘helped’ dozens of girls from other madams find a place to do business in. Girls who refused to work for her were frightened with a voodoo ceremony, threatened and/or hurt. Often their families in Nigeria were targeted as well.

“Exploitation of prostitution is, of course, punishable, just like human trafficking. The victims undergo a real tragedy. But around that exploitation, there are people who make exploitation possible. The owners of those places earn large sums of money by turning a blind eye,” says Deswaef.

“The rent they can ask for is much higher than the normal rent, while they know that those girls are being exploited in outrageous circumstances. The court has sanctioned them with a penalty and a fine, but especially with the seizure of the premises, it’s a strong signal.