Only Thing That Will #BringBackTheLove? Win Games, Convincingly 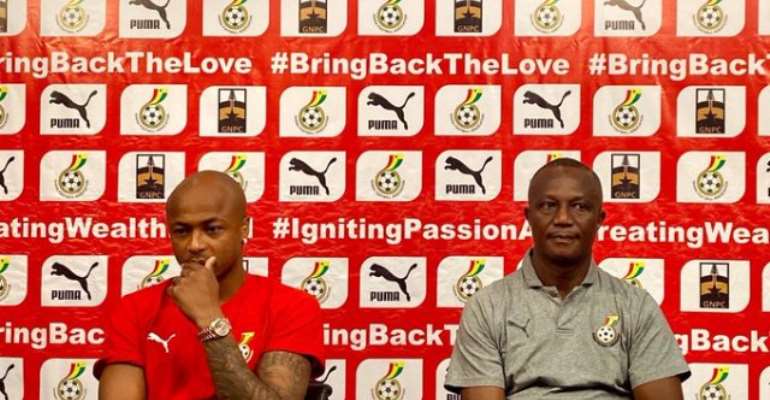 For the first time, Kwesi Appiah would be feeling that his tenure as Black Stars manager hangs in the balance.

On Thursday in Cape Coast, the team plays South Africa in one of two qualifiers – the other being away against São Tomé and Príncipe on Monday.

It has been fascinating to watch the rhetoric from the GFA since the recently elected Kurt Okraku came to the fore. Hear him on Monday: “They are capable of doing it and we will support them to win back the love. It starts with the game against South Africa in the AFCON qualifier on Thursday. Ghanaians will be there in their numbers to support them and we expect that they will reciprocate that support with a good performance and a good result to set us on the path of picking one of the 23 qualifying slots for the 2021 tournament.”

He makes a good point, but he missed something important. The team’s captain, Andre Ayew, also missed that point when he spoke to the media.

“It is for us as a team to bring back the passion. We should put in our maximum best on the field, they (Ghanaians) should see us running, whether we win, lose or draw, they should see us doing our best and I believe it will help us,” he noted.

Ayew speaks of running and seeing the players do their best. Okraku wants a good performance. Both sentiments are all well and good, but what Ghanaians want now is not effort. They want to see results. They want to see wins.

A history of failure
Admit it, the Black Stars are at a point where the Ivory Coast was after the 2014 World Cup. Just to remind ourselves, Patrick Kahouatey from Radio Ivoire sent Joy Sports this snapshot of the sentiment back then:

“By the end of the World Cup when we crashed out of the group stages, people were tired of the so-called Golden Generation. By that time, they had been favourites to win every AFCON since 2006, but always managed to fall short. The papers were calling them failures. The fans did not want to risk putting their hopes on the team. Everyone knew it was their last chance when we were going to Equatorial Guinea.”

Consider that the Ivory Coast national team did not have a smelly history of embezzlement, scandal and bad press before 2015, but the fans were said to be tired. How then, can we expect the Ghanaian fan to simply bring back the love because the Black Stars play spiritedly against South Africa and São Tomé and Príncipe?

Sorry, but that will not be enough. 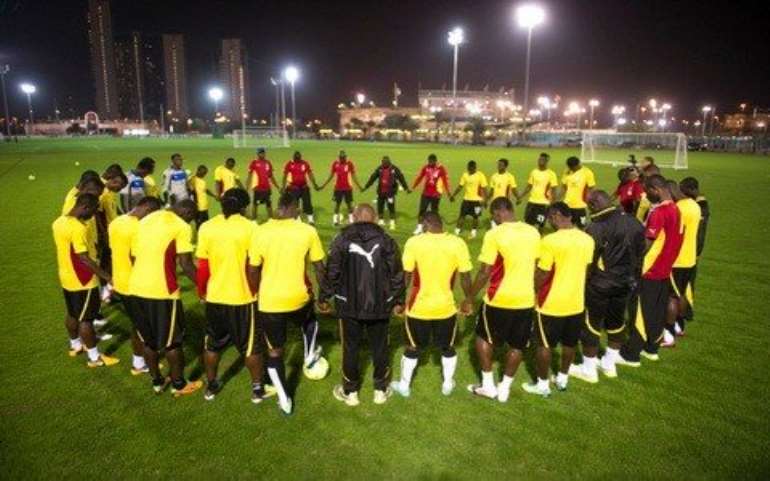 Bring back the love from the top
The reform of our football suggests that expectations must be managed, but when it comes to the Black Stars, in particular, patience has worn thin.

Of interest is the fact that Kwesi Appiah is still in charge. The 59-year old is synonymous with the recent disappointment the team has given the nation, the recent perception that the team is ungovernable and the rampant emphasis on form, and not substance.

Generally, the numbers look decent. Look closer, and the devil of how the team lost in key games, and the general vibe around man-management is what becomes problematic.

Once Appiah is still in charge of this team, you can sense that the only acceptable currency for fans will be results. No manager in recent Black Stars history has been given as much leeway to build a team as much as he has, and none has disappointed as deeply as he has.

Unfortunately for him, the Black Stars do not have challenges with qualifying for AFCON tournaments. Six straight semi-final berths between 2008 and 2017 are testament to this.

Also, can someone please tell the coach not to be tone-deaf to the sensibilities of fans? For example, his comment on Tuesday about how the team performed at the AFCON is mind-bending.

“I personally think we didn’t disgrace ourselves totally at the last Afcon but that was not the objective of every Ghanaian‚ especially when we wanted the cup.”

You cannot win back the love of fans if you cannot even admit that AFCON 2019 was a shambolic team venture, considering that the same team repeatedly said they had the best ever preparations ahead of going to Egypt.

Appiah is on a leash. His time as Black Stars coach should be nearing its end, and when his contract expires in December, it should not be renewed. The team needs a fresh breath of life from the bench.

The best he can do to help Ghanaians bring back the love is to motivate his team to play out of their skins on Thursday and next week Monday. And to blow South Africa and São Tomé and Príncipe out of the water.

That’s the first step.
Just win games. We’ll take it from there.