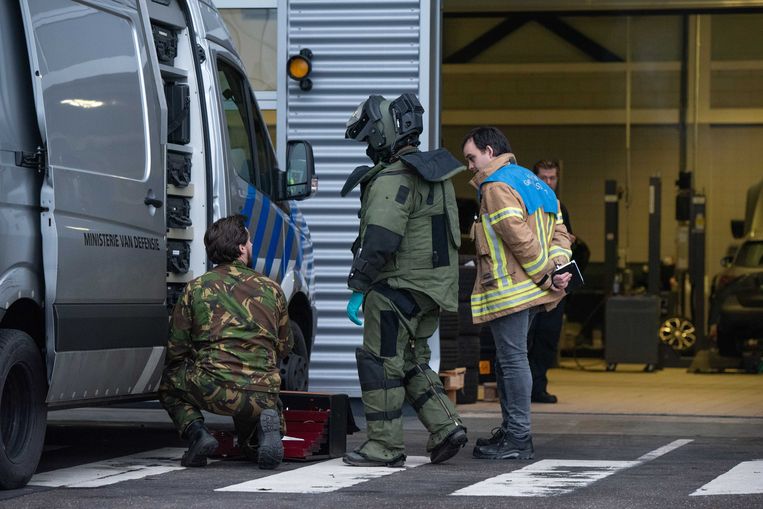 Letter bombs delivered to businesses in the Netherlands

Police in the Netherlands are investigating a series of letter bombs delivered to businesses in Amsterdam, Utrecht and Rotterdam, AD.nl reports.

Terrorism is not suspected, with police working with the hypothesis of extortion.

The letters containing explosive materials were delivered to a hotel and petrol station in Amsterdam, a real estate office in Utrecht and another petrol station and a Mercedes dealership in Rotterdam. No-one was injured by the letters, but one was discovered seriously damaged, suggesting an explosion had taken place.

Police said they are taking the matter very seriously, but explained that they are working on the assumption the letters are not linked to terrorism, but are more likely related to attempted extortion. All appear to have been sent by the same person.

“The receptionist did the right thing and handled the matter properly when the letter came in,” said the director of the Van Mossel Mercedes dealership. “She noticed something wasn’t right and immediately called the police. They came very quickly.”

According to the envelopes containing the bombs, they came from the Central Collections Bureau (CIB), a debt collection business in Rotterdam. The also received a suspect letter, harmless this time, that appeared to have been returned to the office by the recipient. Police have ruled out any connection between the Bureau and the other recipients, and the returned envelope is being examined for clues.

“We’re terribly shocked,” said COB director Niels de Peuter. “This is a cause of much stress. We’re just happy no-one was injured, in our office and the others. We have taken appropriate measures to ensure the safety of our customers and colleagues, but what the measures are, I cannot say. We hope that those responsible are picked up quickly, and trust it will be so.”

The case is a reminder of the so-called Jumbo Bomber, an extortionist who sent a number of suspect packages to Jumbo supermarkets in the Netherlands in 2015, and who was finally trapped by a faulty kitchen timer attached to an unexploded bomb outside a supermarket in Groningen. The criminal, the 58-year-old Alex O., was sentenced to eight years, increased to ten years on appeal.