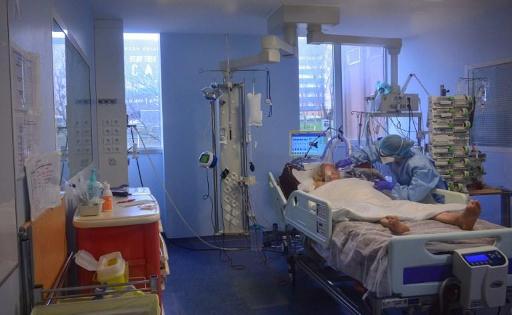 Belgium races to avoid Italy-style scenario as hospitalisations near 500

Nearly 500 coronavirus patients have been hospitalised, out of which a hundred have gone into intensive care. © Belga

Belgium recorded its highest hospitalisation rate of coronavirus patients, health officials said on Wednesday, urging citizens to comply with a nation-wide shutdown in order to reverse the trend.

As Belgium’s infection count rose to 1,486 on Tuesday, health experts with the government’s coronavirus response team said that the number of hospitalisations had rose to nearly 500.

“The number of [hospital] admissions is rapidly increasing,” Steven Van Gucht, a virologist leading the government’s coronavirus response, said in a press briefing.

Of the total number of confirmed cases, 496 have been hospitalised so far out which 100 had to be put in an intensive care unit, according to official figures.

Wednesday marked the highest surge in the number of hospitalisations in Belgium since the start of the outbreak, with 135 more admissions than on Tuesday, according to a report by federal health research centre Sciensano.

Out of the hundred patients in intensive care unit, there are 66 who require breathing assistance through artificial ventilation.

Van Gucht said that Belgian hospitals were still able to cope with the number of hospitalisations and said that the strict containment measures imposed on Tuesday were aimed at keeping the rate of contagion stable in order to not overwhelm hospitals.

Italy, one of the EU’s most hard-hit country together with Spain, has scrambled to obtain sufficient ventilators in order to ease hospitals which are buckling under swelling rates of hospitalisations.

“We expect a temporary increase in the number of admissions,” Van Gucht said, adding that they expected figures to recede or stabilise “this weekend or early next week.”

The figures on Wednesday show a slight surge in the number of added cases, after the count of new infections remained relatively stable on both Monday and Tuesday, when 172 and 185 new cases were respectively reported.

In the press briefing, health officials also reported that a total of 31 patients had already recovered, with the largest number of them so far reported as discharged on Wednesday.

All general hospitals in Belgium are currently mobilised for the pandemic after authorities moved to enable treatment of coronavirus patients beyond the two reference sites for the treatment of infectious diseases.

“There is a distribution plan for the hospitals and there is continuous monitoring of where there are still available places,” Van Gucht told reporters.

On Tuesday, the federal public health services, who did not immediately reply to a request for comment, reported that more cases were being detected in people under 50 years of age, a report which coincides with comments from a Belgian doctor who reported that young coronavirus patients were also getting “severely ill.”