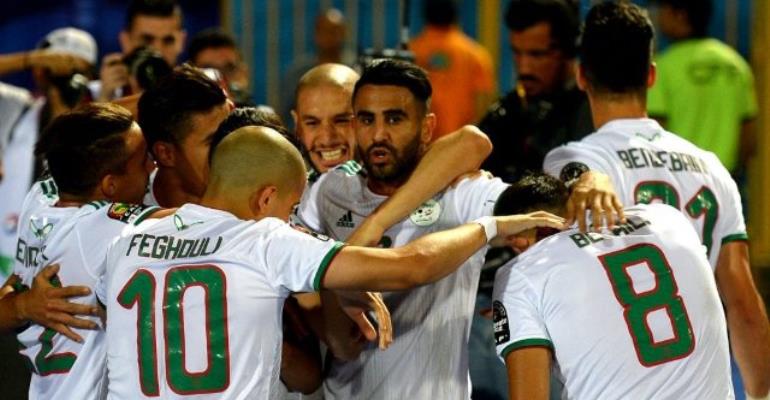 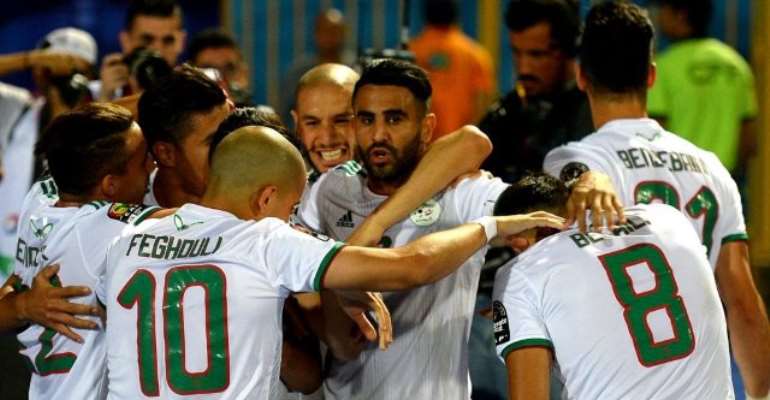 2 HOURS AGO  CUP OF NATIONS

The last four of the Africa cup of nations pits Nigeria against Algeria. The Desert Foxes are the highest goal scorers in the competition with 10 goals, and the yet unbeaten side only conceded their first goal against Ivory Coast in the quarterfinal.

Nigeria, meanwhile, are less swashbuckling but do know how to win games, losing only to Madagascar after they had qualified from their group.

Our tactical analysis charts the progress of both teams and how the game can be won for both sides.

Form
Nigeria qualified for the semi-finals in a 2-1 win over rivals South Africa in Cairo. The Super Eagles took the lead through Villareal man Samuel Chukwueze and were unlucky to concede when video assistant referee-VAR spotted Odion Ighalo’s touch which made Bongani Zungu’s looping header onside. The Nigerians found an 89th-minute winner from a corner kick scored by Udinese’s William Troost-Ekong. 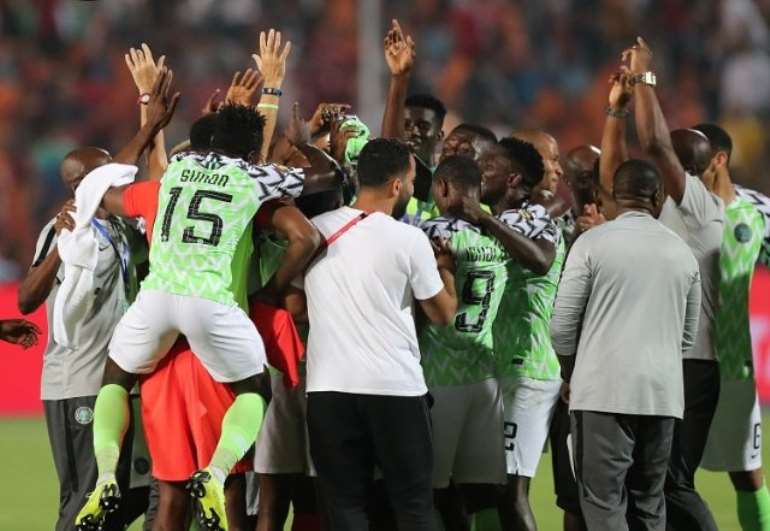 Algeria came out on top in a pulsating 1-1 draw with Ivory Coast which went to extra time and penalties. Sofiane Feghouli netted the opener before Aston Villa’s Jonathan Kodjia equalized for the Ivorians in the second half, Algeria’s Raïs M’Bolhi saved one of two missed spot-kicks.

Varying Styles
Algeria are intricate in and around the box. With their 4-1-4-1 setup allowing the likes of Riyad Mahrez, Feghouli, Youcef Belaïli and Baghdad Bounedjah to combine with quick movements. Nigeria, pertinently, have a strong defensive core that includes midfielders Wilfred Ndidi, Peter Etebo and the back four. 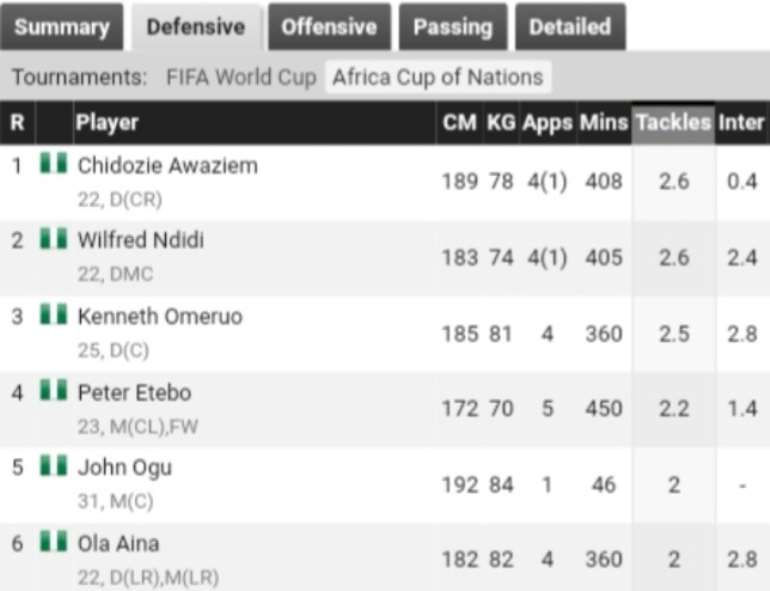 Nigeria’s defence and midfield tackling and interception statistics. via [whoscored.com]

Nigeria have shown incredible fighting spirit so far at this tournament such that they haven’t played at their best but keep winning. Their aerial prowess (17 aerials won per game) has been important for them, and they would look to utilise it against the Algerians (13.4 aerials per game). With diagonal long passes from their defence into pacy and tricky wingers, Nigeria isolate the full-backs and hit on the counter. Central defenders Omeruo (5.5 long passes per game) and Troost-Ekong (4.8) are adept at it followed by central midfielders Etebo (3.6) and Ndidi (2).

Advantage Nigeria?
Nigeria’s conservative style and the extra 24 hours preparation having played on Wednesday night might prove vital. We also have to take into account Algeria’s all-action style and those extra thirty minutes and penalties in their quarterfinal clash on Thursday night. Nigeria also have the psychological advantage having beaten the North Africans in the 2018 World Cup qualifiers, although the return leg ended one-all with Nigeria already qualified, Algeria were awarded a three-nil win due to Nigeria fielding a suspended player.

Adam Ounas, however, must have other ideas, he has three goals and one assist in only 121minutes and the Super Eagles should be wary of the Napoli man. Mahrez is also dangerous as ever for Algeria having already netted two goals, he and striker Bounedjah would hope to get at Nigeria as much as possible with Islam Slimani also on the bench.

Conclusion
It would take a huge effort to knockout this rampant Algeria side, thus Nigeria need to bring their A game. Their hopes rest on the shoulders of their all-important defence, as well as Chukwueze, Alex Iwobi, Ahmed Musa and Ighalo going forward. Algeria must be hoping to dispatch the Super Eagles early but that could just play into Nigeria’s smart play.

However the outcome, both teams can be proud of their AFCON run and the winner would take that momentum into the final.