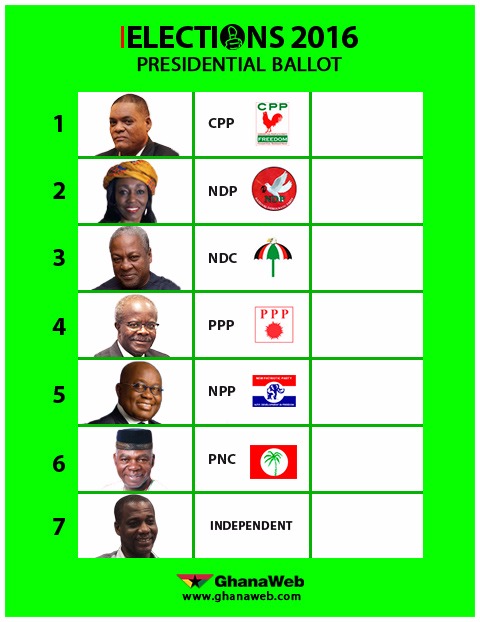 An Islamic Numerologist, Philosopher and a Spiritualist, Mallam Shamuna Ustaz Jibril who is known globally for his accurate predictions on both local and International issues says NPP’s flagbearer, Nana Addo Dankwa Akufo-Addo’s position on the ballot paper has its own spiritual significant.

It is categorically clear that numbers are very important in every aspect of our lives and more especially in the field of religion and spirit. For example the Holy Quran revealed to the Holy Prophet of Islam Mohammed (SAW) which was revealed in Mecca and Medina respectively had 114 Chapters and 6666 verses according to some scholars and it was revealed in the month of Ramadan, the 9th month on the Islamic Calendar, 21st of that month or 27th as said by some school of taught -so also in the Bible and other scriptures.

This signifies the overwhelming meaning contribution of numbers in Religious activities Spiritual issues and so on.

However my Focus of attention on the Ballot is on Number (5), why because I predicted a win for (5). First and Foremost when you categorize the name (Nana) (Addo) (Dankwa) (Akufo) (Addo) you will get 5 groups.

Nana Addo have (5) daughters to add more his Grandchildren are (5) but all are Females. He also stayed in France for (5) as a Lawyer. He lived most of his entire live in (ACCRA) which represent (5) letters words. He is a Ghanaian, The Country Ghana is (5) letters words.

Nana Addo paid for his nomination fee on ‘Thursday’ which represent the fifth (5) day in Islamic Calendar, Better still Nana Addo is contesting for his third but fifth time. He went (3) times with Atta Mills, he won the first round, they went second round and finally (Tain) decided. 2012 he went with John Mahama and is now going for his third round 2016, In Summary it is (3) but (5), religiously, In the Islamic perspective (5) have a lot of Implication:

5.(Fatiaha) The Opening is the fifth (5) Chapters revealed to the Holy Prophet and is considered the most Important than all the Chapters of the Holy Quran.

6.Biblically (5) stones were use to kill Goliath by David

7.Scientifically and Biologically the Sense Organs are (5), politically the last fifth finger is use for Voting.

8.In the field of Sports number 5 is the center of all defenses.

9.Economically money can be accurately counted with 10 fingers. Thus Parliamentary on ballot (5) Presidential on ballot (5)

This and many others are the great signs of Victory to Nana Addo and the Elephant family, except the will of Allah (Destiny).

If Almighty Allah makes it possible for Nana Addo to win the Election he will be the 5Th President of the 4Th Republic.

The Rest is in the hands of Allah.