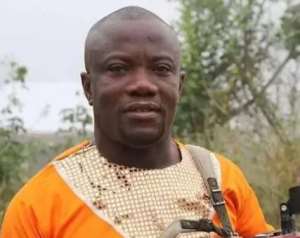 The NDC launched different versions of the song at their just-ended 9th National Delegates Congress held at the International Trade Fair Centre in Accra.

Speaking on the Kumasi Morning Show on Kumasi 104.1FM on Tuesday, 20 November 2018, Evangelist Aning said he was not consulted before his song was used by the NDC in that manner, and insisted he is compensated for the illegal use of his intellectual property.

Evangelist Aning told show host Akwesi Agudey that he does not want to proceed to court for the matter to be addressed, and for that reason, his managers are at the negotiation table with the NDC to ensure that he is duly compensated.

The gospel artiste said he went for a loan to promote the song after the producers failed to help him in that regard.