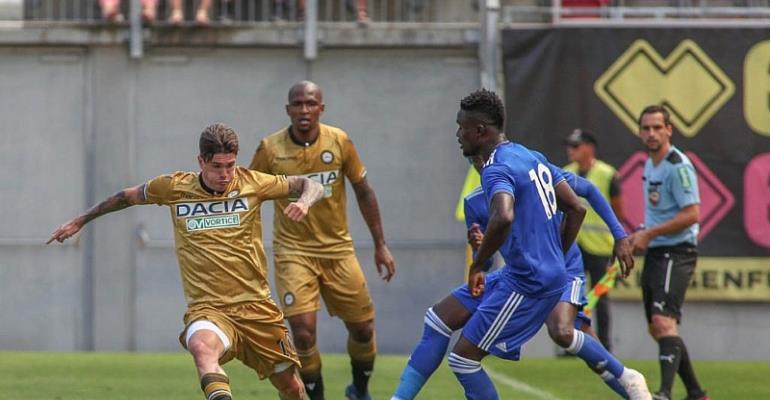 The defender, who is set to impress manager Claude Puel was given game time as he seeks to rediscover the form that saw him move from Copenhagen to Leicester.

Leicester City were beaten 2-1 by the Serie A side in a mouthwatering encounter.

Udinese started well and when Kevin Lasagna converted to open the scoring, it made City’s challenge against a competitive Serie A side even more difficult.

After breaking the deadlock through Kevin Lsagna, Udinese had a second 19 minutes later through Darwin Marchis but Leicester could not find a reply until the 89th minute.

Meanwhile, Daniel Amartey’s compatriot Nicholas Opoku came on in the second half for Udinese and fired a shot which nearly trouble Leicester goalkeeper Ward.

Next up for Leicester City is a King Power Stadium clash with Valencia on Wednesday evening.