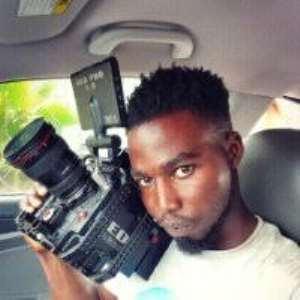 “I have not come across any private company or individual who needs my services but I would not hesitate to shoot it. I am professional at what I do and it’s no big deal for me,” he said.

Won’t he be aroused shooting such a movie? John responded that “I don’t think I will have any sexual feelings because I am professional at what I do. Secondly I have shot semi-nude videos and this one will be no different,” he said.

Talking about his job, John said shooting videos pays well depending on who you are working with. “I will always prefer to shoot music videos than movies because the musicians understand the work better. A musician spends very well on a music video compared to the movie people,” he disclosed.

According to him, it saddens him when Ghanaian musicians travel outside the country to shoot music video whiles a good director can do the same job with the same budget in Ghana.

“When I shot Stonebwoy’s Mightylele, many thought I shot it in South Africa but I made it clear that everything happened in Ghana. It’s about time we start believing in our own,” he added.

John Fiifi Mensah has been in the business for seven years and sees himself going global in the next three years.

He disclosed that he has been getting calls from Nigeria and other African countries to shoot music videos and it’s a positive sign that he will get there soon.