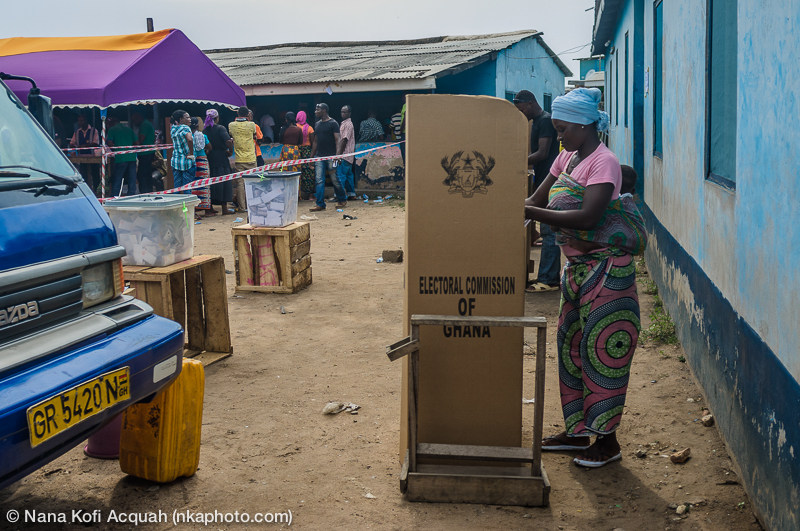 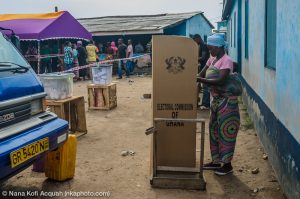 All voters in Ghana must ensure that they vote in next week’s presidential and parliamentary elections to make their voices heard in the socio-political wellbeing of the country, Good Governance Africa – West Africa (GGA) has said.

According to the governance think tank, it is necessary for the citizens to fulfil their civic duties by voting to express their views on electoral matters.

Ghanaians go to the polls on Wednesday December 7 to elect a president and 275 members of parliament. The election was preceded by a special voting exercise for members of the security, the media and other bodies who will be performing election-related roles on the day of voting.

But GGA fears there will be a low turnout during the elections, a situation which is likely to affect the country.

A statement released by Felix Kojo Addo, Communications Officer for GGA-West Africa, said: “I am not voting; the only reason I have a voter’s ID card is to be able to go to the bank. I do not have time to join long queues just to vote someone into power.’

“These and other similar comments are heard time and again from people from all walks of life, educated and non-educated, mostly during the general election season in Ghana.

“Interestingly, these are the same individuals who will spend endless hours complaining about whatever government in power is doing right or not; i.e. lack of development, corruption and all-round hardship in the country. To those people who behave in this manner, we say you have yourself to blame! First of all, murmuring and complaining about the state of the economy among your friends and neighbours does not have any impact on the development of the nation. Voting ensures you are part of the decision on who runs the country and the affairs of your constituency.”

The statement added: “Voting gives you the moral right to question the activities of government officials and the decisions they make. If you do not vote, it denotes a lack of interest in the affairs of the country and thus a consequent lack in capacity to criticise those who run the country. Voting means you can choose a candidate who suits your views and who will best represent your interests, both in the presidency and in parliament.

“To the people who say, ‘Mine is just one vote, it doesn’t matter,’ we say your one vote really does matter. One vote can decide who wins an election in Ghana and is put in charge of policies and programmes that affect your life. Leaving decisions that affect your life to other people is dangerous. It means that even decisions that could harm you and benefit other persons can be made on your behalf. Unfortunately, we do not realise that not voting is a sure-fire way to this path, a path where our views are not represented in government and where our quality of life is compromised. Remember, the winning percentage in general elections in Ghana is 50% 1, that 1 is your vote.

“Ghana has undergone various stages of government – colonialism, military rule and now multi-party democracy. People have died in the effort to rid the nation of colonialism and military rule. Martyrs have been imprisoned, beaten, and tortured so that you can have the right to exercise your franchise, to decide on who governs you. To refuse to vote is a spit in the face and on the graves of these brave individuals.

“Also, let us as citizens not forget that in voting, the lives of future generations hang in the balance. Decisions of government that we choose not only affect us but also our children and children’s children. Social and economic policies adopted by governments in power have far-reaching consequences. The effect of developmental projects undertaken by any government goes a long to impact even generations yet to come. For example, the Akosombo dam as well as Tema and Takoradi ports constructed by the Nkrumah government is still in use more than half-a-century later. Equally, our national debt, which accumulated over time by various governments, is still affecting our national economy till date. Therefore, if we are apathetic and decide not to vote, posterity will judge us.”