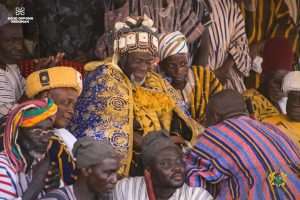 The newly enskinned Yaa-Naa of Dagbon Abubakari Mahama II said he will strengthen the good and friendly relations within Dagbon as well as neighbouring communities to forestall further conflicts.

Ya-Naa Abubakari, the 42nd overlord of Dagbon has promised to diligently serve his people and be fair to all. 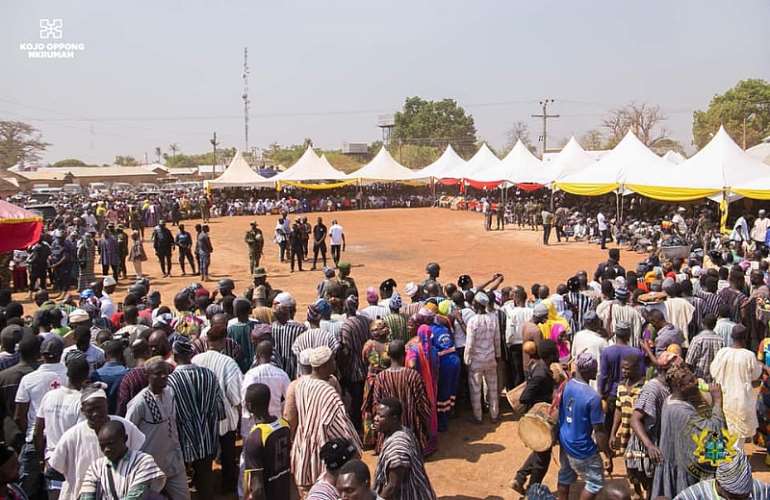 The new Yaa-Naa was enskinned on Friday, January 25, 2019, at a colourful ceremony held at the at the forecourt of the Gbewaa Palace.

The investiture followed the completion of the final funeral rites of two previous overlords of the Dagbon Kingdom which was delayed following protracted chieftaincy disputes.

“After 15 years of hard work and compromises by the Committee [of Eminent Chiefs] and conflicting parties, the Abudu and Andani families agreed for the investiture of what we are seeing today.”

The Yaa-Naa gave the assurance in a speech read on his behalf by Vo-Naa M.B. Bawa. 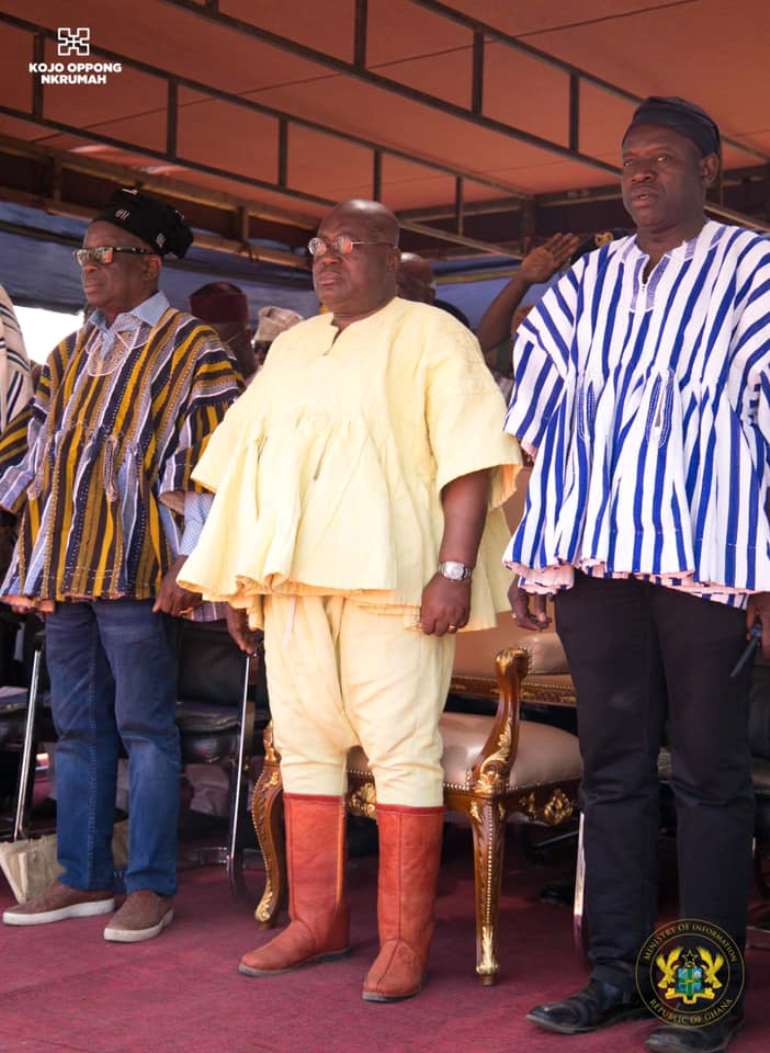 Yaa-Naa used the opportunity to thank all the people including President Nana Akufo-Addo, Otumfuo and his team of Eminent Chiefs, among others, whose efforts helped Dagbon to get a new overlord after several years of standoffs.

Build a new palace for us

He also appealed to government to build a new palace befitting of the Dagbon Kingdom. 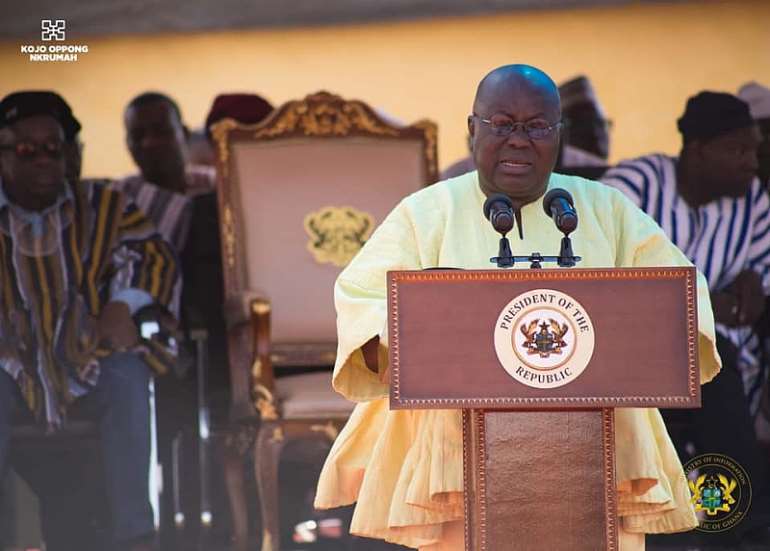 President Nana Addo Dankwa Akufo-Addo who also spoke at the event urged the people of Dagbon to rally behind the new Yaa-Naa and offer him their full support in a bid to sustain the current peace being enjoyed in the area.

“To paraphrase the words of the Holy Scripture, the enskinment of Yaa-Naa Abubakari Mahama II is the Lord’s doing, and it is marvelous in our sight. Let us give him all the support he requires, as he sets about to administer the affairs of the state of Dagbon,” he said.

Background to the Dagbon conflicts

Though chieftaincy tensions in Dagbon existed since the 60s, the gruesome killing of Yaa-Naa Yakubu Andani II, in March 2002 in a coordinated attack on the palace, plunged Dagbon into years of intermittent violence.

Yaa-Naa Yakubu Andani II was dismembered and his head paraded on a spear after the killing with shocked the country.

The assailants also killed 39 of his elders.

Hundreds of lives have been lost, with properties destroyed in the age-long conflict in Dagbon, since the death of Ya Naa Yakubu Andani II.

In the wake of the escalating tensions, former President Kufuor set up the Otumfuo Committee of Eminent Chiefs to use all customary means available to settle the matter.

The Committee succeeded in greeting the Abudu and Andani royal gates to commit to the roadmap to peace despite several breakdowns of talks.

This led to the performance of the funeral rites of the two late Ya Naas; Naa Mahamadu Abdulai and Naa Yakubu Andani.

The funeral of the late Yaa Naa Yakubu Andani II, was held on Friday, January 18, 2019, with the then Yoo Naa, Alhaji Abubakari Mahama selected by the royal custodians of Dagbon to be enskinned as the new Yaa-Naa.