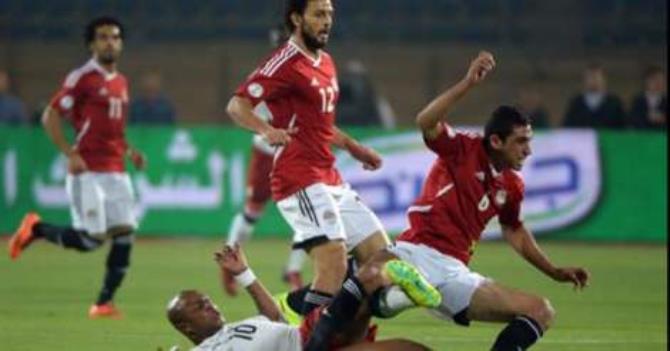 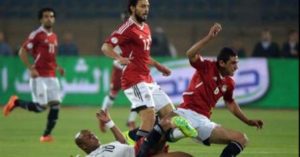 The Black Stars of Ghana lost 2-0 to Egypt in the 2018 World Cup qualifier played at the Borg El Arab Stadium, Borg El Ara on Sunday.

A 43rd minute penalty transformed by Roma star Mohammed Salah and a second goal from Abdalla El Said in the 86th minute were enough to strengthen the Pharaohs’ lead in Group E with six points, while Ghana remain third placed with one point following their home draw to Uganda in matchday one.

Roma forward Salah scored from the spot two minutes prior to half-time to help Hector Cuper’s side on their way to a second Group E win from as many matches.

Ghana enjoyed plenty of possession in Borg El Arab, but offered far too little in the final third to trouble the home defence.

Emmanuel Badu spurned two good chances in the second half and Avram Grant’s side were ultimately punished for their profligacy, as Saied struck a second for Egypt four minutes from time.

Essam El Hadary made a good save to deny Mubarak Wakaso’s fierce free-kick,as Ghana started strongly against a home side who struggled to settle, although there was a distinct lack of quality in their attacking approach.

The home support became increasingly restless as Egypt surrendered possession far too often, but Andre Ayew’s shot that whistled narrowly wide was as close as Ghana came to an opener.

Just before half-time, the visitors were punished for that lack of cutting edge. Trezeguet was tripped inside the area by Harrison Afful’s lunging challenge and Salah swept the resulting penalty into the middle of the net.

Ghana’s frustrations were building as the players were repeatedly targeted at set-pieces by laser pens shone from the crowd, although Badu wasted a glorious chance to equalise from one such dead-ball situation as he headed wide from six yards.

Christian Atsu was denied by a brilliant stop from El Hadary when played through one-on-one by Wakaso and Badu steered another header inches wide as Ghana pressure continued to mount in the closing stages.

But Egypt – who last lost a home qualifier in 2004 – made the points secure four minutes from the end, Salah teeing up Saied to slot confidently past Brimah Razak.

The result means the Black Stars are five points adrift of group leaders Egypt and three behind Uganda, who beat Congo 1-0 on Saturday, leaving their hopes of reaching the finals in Russia in 2018 in serious jeopardy.