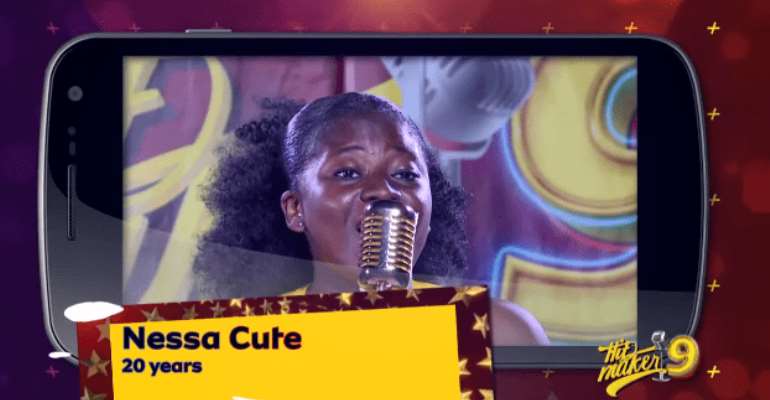 Nessa Cute has become the latest casualty in the Season 9 of the MTN Hitmaker reality show following her eviction on Saturday, November 14.

In the run-up to the live show at the Grand Arena at the International Conference Centre over the weekend, the 20-year-old singer was amongst the 3 contestants with the lowest score.

Unfortunately for Nessa Cute, she was overlooked by the judges when they had the chance to save either her or Bryan in the competition.

The eviction of Nessa Cute adds to other four contestants who have been evicted from this season’s MTN Hitmaker Reality Show so far. The others are Jimi, Pashyn, Kwacy Boat, and RBJ.

For amassing the highest score in the week leading up to last Saturday’s live show, Adepa won the Pulse Moment Award and topped it up with a charming performance that earned the applause of the judges.

On the night, Achiaa, Bryan, Mimi, and Josh Black pulled off what will go down as respective best performances since the start of the live shows of the MTN Hitmaker Season 9.

Meanwhile, Koby Tuesday who has struggled to score high marks from judges all season finally caught a break. His performance of Kuami Eugene’s ‘Obiaato’ hit track attracted huge applause from the judges.

With the finale edging closer by the week, all 7 remaining contestants are expected to up their game in upcoming editions of the live shows to increase their chances of winning that enviable GHS120,000 recording deal.

Below is a recap of last Saturday’s show: