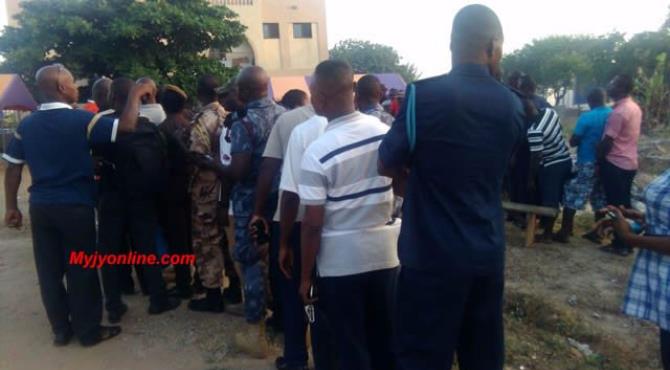 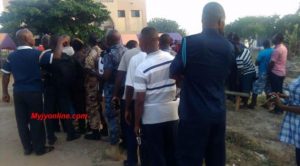 A security officer has registered grave disappointment in what he described as an attempt by the Electoral Commission (EC) to disenfranchise him in the on-going second early voting exercise.

The officer, who for the purposes of security would be identified as Anim, said had joined the queue at 5:00 a.m. to cast his ballot only to be turned away because his name was not found in the register.

Speaking to Joy News’ Erastus Asare Donkor in Kumasi, Sunday, Mr Anim said he feels distraught because his constitutionally guaranteed right is being denied him.

“I feel sad because I am a citizen of Ghana and that rule of law says that I have the right to choose my leader but I cannot declare,” he said in a somber tone.

The second early voting exercise which is to mop up security officials who could not cast their ballot due to missing names has commenced in some selected polling stations across the country. Joy News’ checks at some of the polling stations revealed the challenges faced electorates in the Thursday’s exercise, especially the missing names of voters, are repeating themselves.

Rafiq Salam, Joy News’ Upper West Regional Correspondent reported the situation in some selected polling stations in Wa is not different from what pertained during last week’s exercise.

“It hasn’t changed much at the Wa central special voting,” he reported, adding there are cases of missing names in the electoral roll.

Mr Anim who would be working during the December 7 general election in the Volta Region said he is unsure if he would be at post on the day.

“I don’t know what to do, whether I should stay or not,” he registered his dilemma.