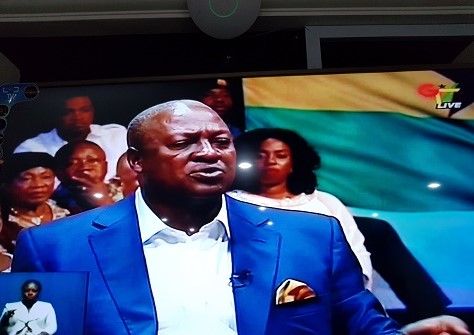 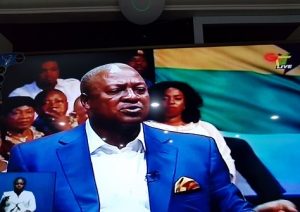 President John Mahama has said there is not magic in putting money into people’s pockets as he urged Ghanaians to find jobs to earn their keep.

He says opportunities are being created by government and with the economy growing fast it should be opening jobs for those who take advantage of it.

Speaking on the national broadcaster GTV’ Evening Encounter’ Wednesday, he said government is reviving dead companies to give jobs to the youth.

He said changing foreign exchange to buy goods from abroad is not in favour of the country.

Mr Mahama said a lot of government investment is going into the productive sector of the economy so what can be produced locally is done to provide jobs.

According to the President, he has charged the tertiary institutions to introduce more guidance and counselling, so the young people know about the job prospects especially in the area that they are studying.

There is saturation in some profession than the economy can take. So they won’t have ready jobs once they finish their education.

Shared his experience of teaching before branching into Communication Studies.

Dissuade youngsters from taking low hanging fruits as other too are targeting it and it would create traffic.

He charged that as the economy grows new areas like oil and gas, engineering, Information and Communications Technology (ICT)