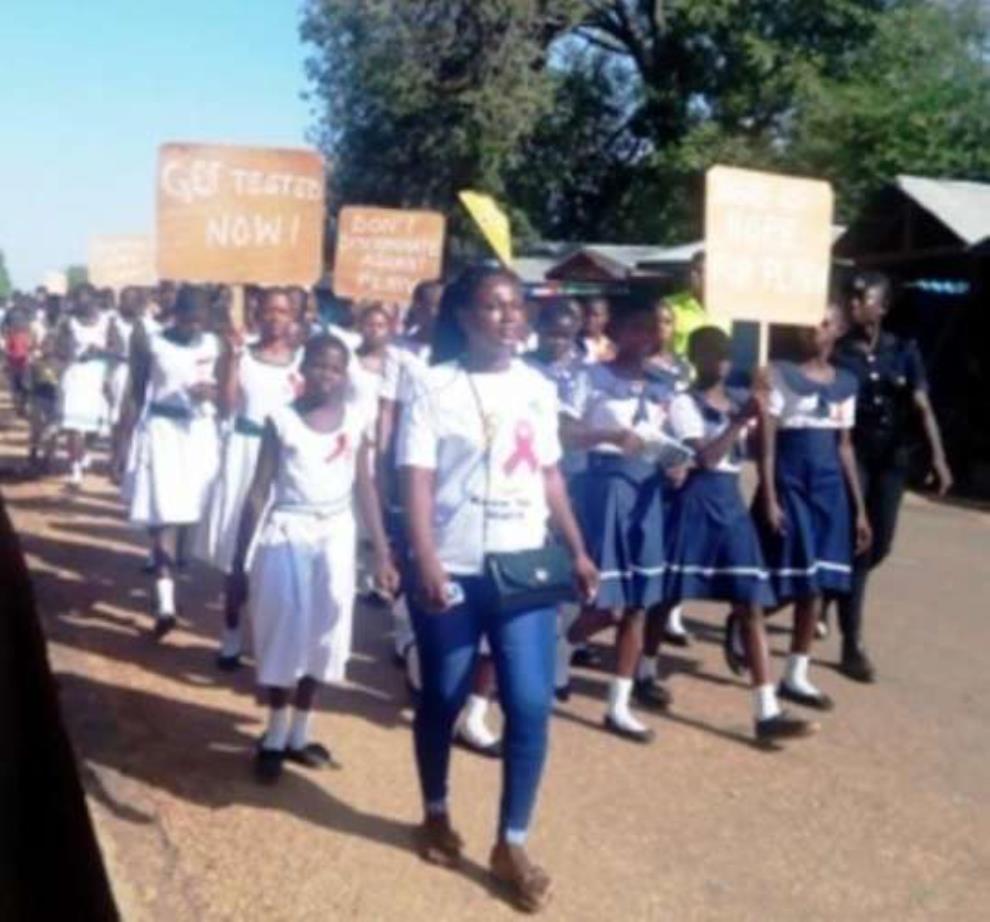 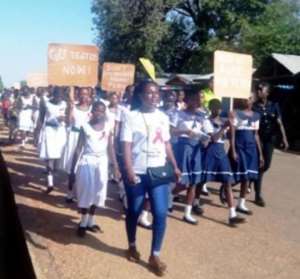 Statistics from the 2017 Ghana Health Service Survey (HSS) has revealed that there 1.3 percent prevalence rate of the HIV infection have been recorded in the Upper West Region.

It is also estimated that about 10,000 people in the region are infected with the virus.

About 313,063 people, representing 1.67 per cent of Ghana’s population, according to the Survey, are HIV positive.

The Upper West Regional Technical Coordinator of Ghana AIDS Commission (GAC), Mr. Dramani Yakubu made this known at the regional celebration of the World AIDS Day in Jirapa.

He expressed worry about the spread of the infection and called for active stakeholder involvement to tame the disease.

‘Test, treat to suppress and stop new infections,’ was the theme chosen for this year’s event.

Students marched through the streets of Jirapa carrying placards with messages that sought to inform the public about preventive measures and control of HIV AIDS.

The World Aids Day is a day set aside to sensitize people around the globe on prevention of HIV AIDS, control, sympathize with survivors and show support for the fight against the disease.

Alhaji Sulemana Alhassan, the Regional Minister, called for all to join in waging a relentless battle against the spread of the disease.

‘In war you do not relax simply because the enemy has become weak’, he added.

‘In order to prevent mother to child transfusion, pregnant women are tested and it is indirect way of testing their partners,’ she said.

As part of efforts to improve health care delivery, the Municipal Assembly in collaboration with GAC had constructed two unit Nurses quarters at Daguadadyiri and Kampala.