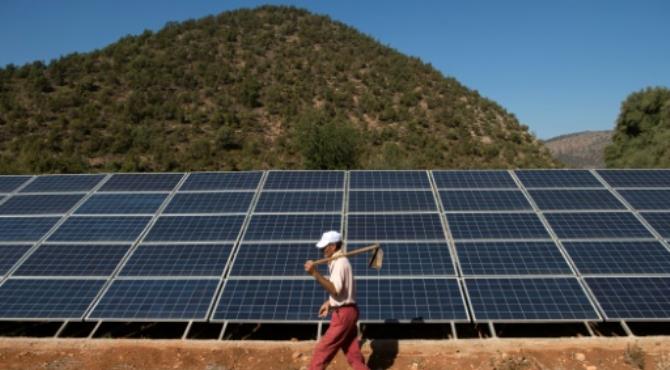 UN climate talks to Trump: don’t get left behind 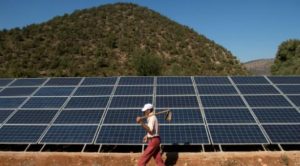 Marrakesh (Morocco) (AFP) – Stunned but defiant participants at UN climate talks in Marrakesh said Wednesday that climate change denier Donald Trump can’t derail the global shift to clean energy, and that the United States would get left behind if he tried.

The US president-elect “cannot prevent the implementation” of the landmark Paris pact, inked in the French capital last December, said Segolene Royal, France’s environment minister and outgoing head of the UN climate forum.

“As I speak, 103 countries representing 70 percent of (greenhouse gas) emissions have ratified it, and he cannot — contrary to his assertions — undo the Paris Agreement,” she told French radio station RTL.

Trump has described global warming as a “hoax” perpetrated by the Chinese government, and has said at different times that he would “renegotiate” or “cancel” the 196-nation deal.

UN chief Ban Ki-moon congratulated Trump on his victory and said people everywhere looked to the United States to work for the common good.

Leaders and diplomats invested in decarbonising the global economy predicted the gathering momentum of that transition — and the rising danger of global warming — would carry the United States with it, regardless of Trump’s views. “The election campaign has passed,” said Hilda Heine, president of the Marshall Islands, whose nation is slowly disappearing under the waves.

“I expect [President-elect Donald Trump] will realise that climate change is a threat to his people and to whole countries which share seas with the US, including my own,” she said in a statement.

“He wants to make America great again,” said We Mean Business, a coalition of several thousand companies and investors.

“Climate action provides the basis for new jobs and enhanced competitiveness in the industries of tomorrow,” it said in a statement, noting that the sector employs 2.5 million in the US.

Trump has vowed to “bring back coal” and peel back greenhouse gas reduction emissions measures put in place by Barack Obama, saying they choke business growth.

France’s top climate negotiator Laurence Tubiana said this “would be a disaster for the US economy.”

“If the US wants to go back to coal production, to 19th century industry, fine, but I don’t see the future for US industry in this.”

America is the world’s second-largest greenhouse gas polluter after China, representing some 13 percent of emissions. “Trump’s election is a disaster,” says a group pushing for divestment from fossil fuels

Trump’s threats, if carried out, would recast the United States as a climate villain, which is how it was widely perceived after George W. Bush refused to ratify the Kyoto Protocol in 2001.

The Obama administration has been an ardent champion of the Paris Agreement, a role Trump’s Democratic rival, Hillary Clinton, had vowed to continue.

“If the US pulls out and is seen as going as a rogue nation on climate change, that will have implications for everything else on President Trump’s agenda when he want to deal with foreign leaders,” said Alden Meyer of the Union of Concerned Scientists, a Washington-based thinktank. Delegates at the COP22 climate talks in Marrakesh on November 7, 2016

The election, he added, was certain to put US negotiators in Marrakesh in an awkward position as they defend US policy positions.

“They won’t have the ability to ensure their negotiating partners that these will be the positions of the US in three months.”

Climate scientists who inform political decisions also expressed alarm, with one noting that Trump’s campaign rhetoric on global warming had “strolled into a fact-free zone.”

“It is now to be seen how the disinformation and climate change denialism will pan out in actual decisions, actions and appointments,” said Joeri Rogelj, a scientist and modeller at the International Institute for Applied Systems Analysis, in Laxenburg, Austria.