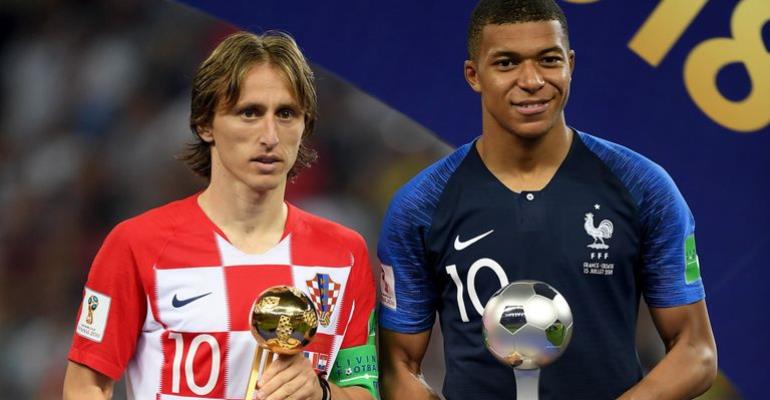 Modric was on the losing side in Sunday’s showpiece event as France ran out 4-2 winners in Moscow but the Real Madrid playmaker was awarded the Golden Ball for player of the tournament. 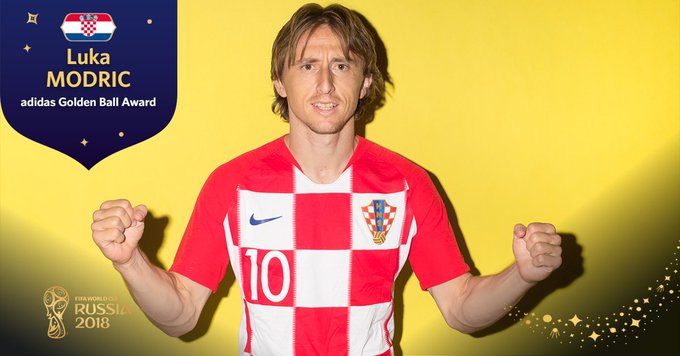 He scored two goals in the group stage and converted both of his attempts in penalty shootouts to help Croatia reach the final, collecting his award from FIFA president Gianni Infantino during a post-match ceremony in which he was embraced by Croatia president Kolinda Grabar-Kitarovic.

Belgium’s Eden Hazard was the runner-up for the overall prize, while Antoine Griezmann – FIFA’s official man of the match for the final itself – came third in an award voted for by members of the media. 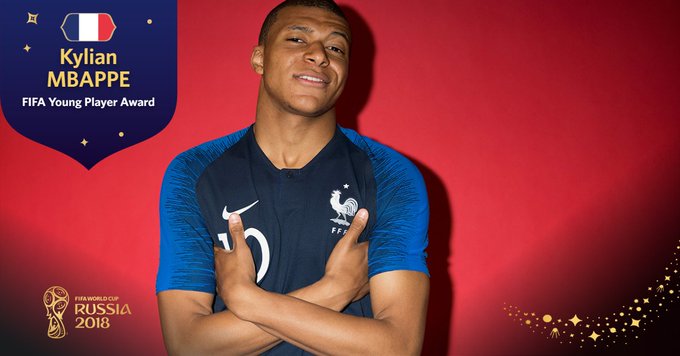 France starlet Mbappe was voted young player of the tournament – a gong for which players aged 21 or under are eligible.

The 19-year-old, who produced a dazzling display against Argentina in a last-16 thriller, became the first teenager to score in a World Cup final since Pele in 1958 and took his tally in the tournament to four with a cool finish at the Luzhniki Stadium.

The Chelsea player helped Roberto Martinez’s side to a third-place finish after conceding just six goals in seven games.

One of the biggest individual honors you can get as a goalkeeper! So proud of this! #1 #REDTOGETHER 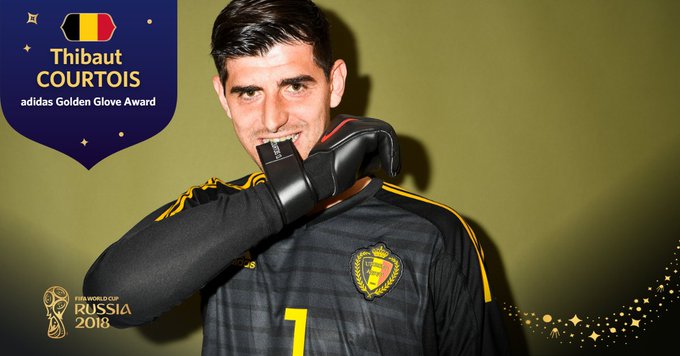 Spain crashed out on penalties in the last 16 but were given a consolation fair play prize after picking up only two yellow cards.