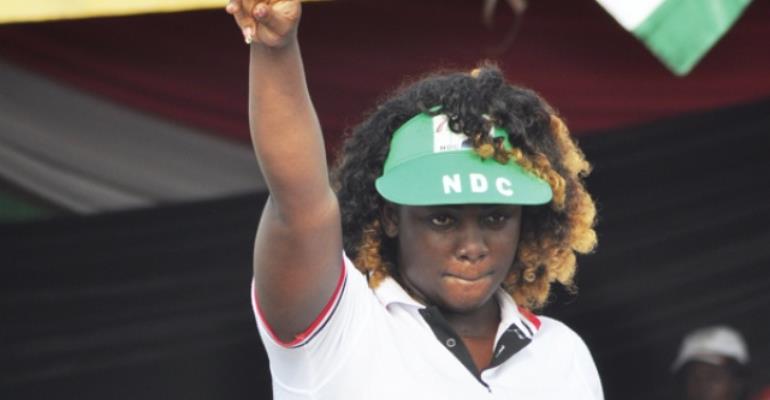 Actress and producer, Tracy Boakye, has said she will endorse and campaign again for former President John Mahama should he get the mandate from the National Democratic Congress (NDC) to lead the party into the 2020 polls.

Ms Boakye was one of many celebrities who publicly declared their support for Mr Mahama in the 2016 polls. She self-financed an advert to support Mr Mahama’s campaign.

Although she came under heavy criticism for her action, the Oh Vera actress, speaking to Bismark Boachie on Entertainment Capital on Accra100.5FM on Saturday 13 May, said she does not regret her decision as politics is about divergent views and opinion.

Asked if she would endorse and campaign again for Mr Mahama in the future, she quizzed: “Why not?” but was quick to add that she would not campaign or endorse any candidate in the NDC apart from the former President. “But I won’t campaign for anybody if a different person is chosen,” she added.

Ms Boakye also denied social media claims that she was dating Mr Mahama ahead of the 2016 polls. She said that was “impossible”.

“This question is not funny. What is going on on social media is not funny. He is a statesman; you can’t just say something simple like that, let’s respect our elders. I have seen many stories that say I’m dating him, but I decided to ignore because I ask myself: ‘Is this even funny?’ He is a respectable elderly man…so how is it possible? This is a [former] President we are talking about. He doesn’t know me, I only endorsed him. He saw me in Kumasi once or twice, I don’t even know if he will recognise me today and then you say I’m dating him, how? It’s impossible,” she added