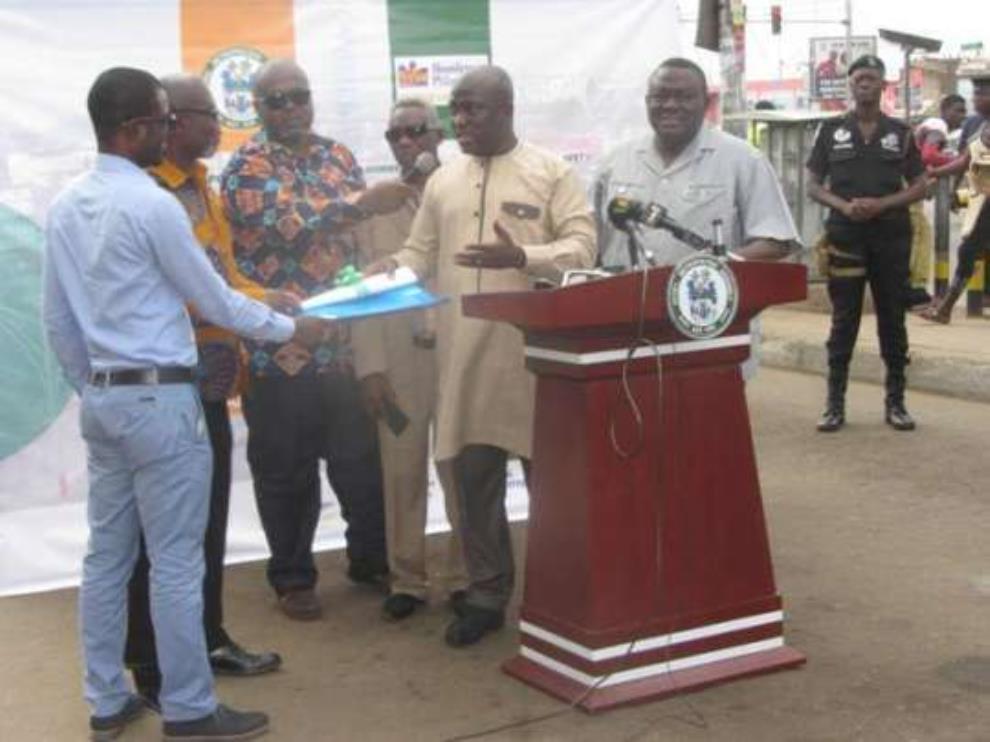 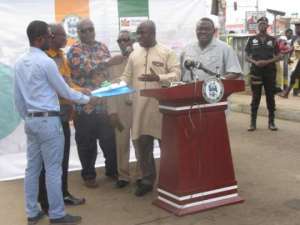 Mr Mohammed Adjei Sowah, the Accra Metropolitan Chief Executive has commissioned the construction of a footbridge at the Abeka La-Paz intersection, as part of road safety measures in Accra.

The project, which would be undertaken by the Ghana Highway Authority, is aimed at curbing the frequent pedestrian knock-downs by vehicles on the ‘N1’ road with the accompanying devastating fatalities and serious injuries.

It would be funded jointly by Bloomberg Philanthropies Initiative for Global Safety Partnership for Healthy Cities and the Accra Metropolitan Assembly (BIGRS-AMA) at the cost of 120,000 US dollars and it is expected to be completed within a period of a month.

Mr Sowah in an address, expressed delight that the project which had been on the drawing board for years now had finally started.

‘This project had been long overdue but now it is a dream come true to end the perennial risk of pedestrian death from vehicle impact leaving many people destitute,’ he said.

The AMA Chief Executive said the project was a component of partnership for healthy cities programme, an initiative embarked on by the AMA, which was also a Global Network of more than 50 cities that have committed themselves to helping make their citizenry safer and healthier.

He said as part of efforts to realise the objectives of the Pedestrian Action Plans, the AMA decongested the city of hawkers and traders on the pavement and the Central Business District of Accra and its environs.

He said Vital Strategies, one of the partners implementing the partnership for healthy cities was determined to change the narrative about the Abeka La-Paz intersection, and therefore called on the people to support to turn around the road crashes in the area to one of the safest in the city.

He said data collected by the AMA-Bloomberg Philanthropies indicate that an average of 16,972 pedestrians were counted in an hour crossing the ‘N1’ Highway, adding that; ‘within 12 hours of the data, as many as 203,661 pedestrian activities were registered with vehicles running at speeds ranging from 90 to 120 kilometres/hour on the corridor.

‘These figures go against the grain of the vision of the city and this is what had prompted these safety interventions by the National Road Safety Commission (NRSC), Ghana Highway Authority (GHA), the Department of Urban Roads, and the Motor Transport and Traffic Department with support from Bloomberg Philanthropies, Vital Strategies, World Resources Institute, and the International Road Assessment Programme,’ he said.

Mr Charles Oduro Kwarteng of the NRSC gave the assurance that his outfit would give its fullest support to make the project a living testimony to the memory of those who contributed to its success and the donor partners.

Mr Nicholas Brown of the GHA also assured of the speedy implementation of the project to minimise the road deaths.

Mr Marcin Fliager of the Global Road Safety Programme expressed gratitude to the AMA for the honour done to the community and called on the people to support the project, to ensure its early completion