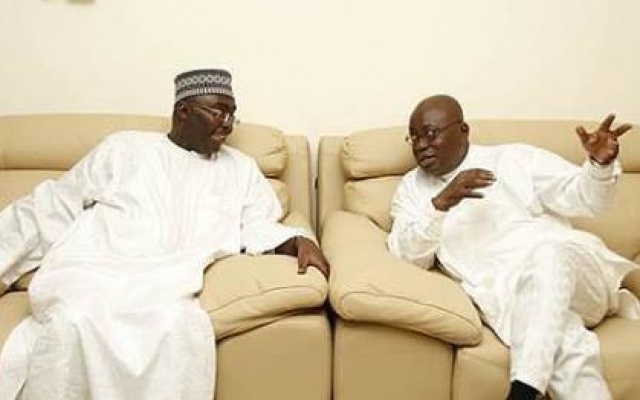 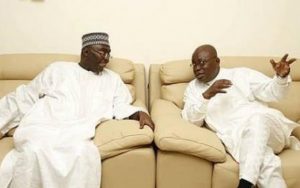 President-elect Nana Addo Dankwa Akufo-Addo and the vice president-elect, Dr. Mahamudu Bawumia, have signed the book of condolence opened for the late Asantehemaa at the Manhyia Palace.

This was when they visited Kumasi on Wednesday to take part in an Awukudae Festival, which was held at the Manhyia Palace.

The late Asante queen mother, Nana Afia Kobi Serwaa Ampem II, died a little over one month ago at an advanced age of 111, having reigned for 39 years.

She was the biological mother of the sitting Asantehene, Otumfuo Osei Tutu II.

Party bigwigs such as the Acting National Chairman of the NPP, Freddie Blay, also signed the book.

Nana Akufo-Addo and his entourage wore black attire as they visited the palace, which is the seat of the Asantehene.

They expressed their condolences to Otumfuo Osei Tutu and the entire Asanteman following the painful loss.