President Nana Addo Dankwa Akufo-Addo has sent a message of condolence to the government and people of Ivory Coast following the sudden death of their Prime Minister, Amadou Gon Coulibaly.

The Prime Minister before his passing had just returned from a heart treatment in France and suddenly fell ill at a cabinet meeting on Wednesday, July 8, 2020.

The 61-year-old had been chosen as the ruling party’s candidate for this year’s October presidential election after Alassane Ouattara said he would not seek a third term in office.

President Akufo-Addo in a letter to the Ivorian people said; “The late Prime Minister Amadou Gon Coulibaly who I found to be a warm and engaging personality will be fondly remembered for his distinguished and dedicated service to Cote d’Ivoire, and his for loyal support to you in a quest to develop and positively transform your country”.

“May God comfort and grant you, the government, his family, and the people of Cote d’Ivoire strength and fortitude in this moment of grief,” he added. 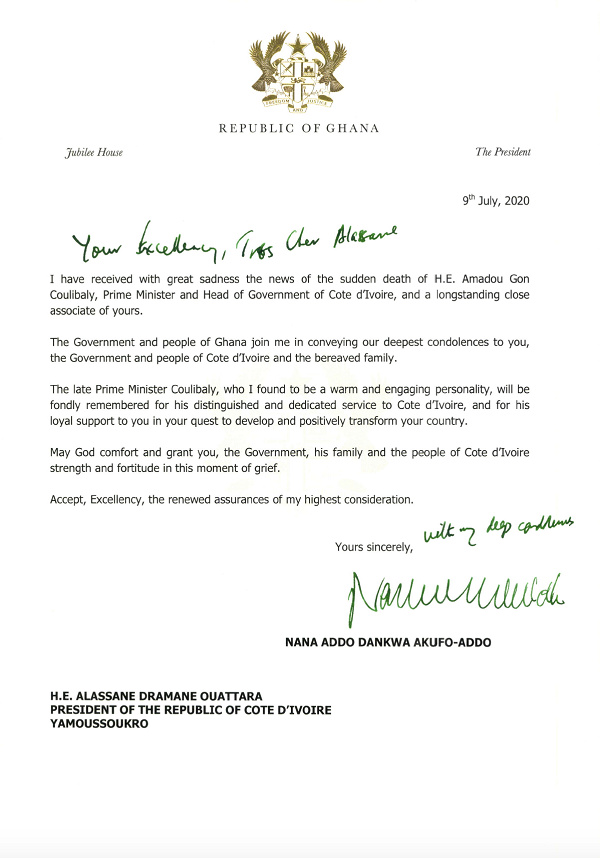