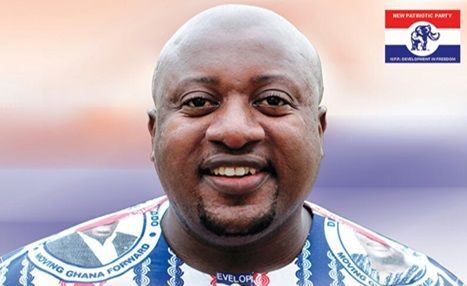 Nana Boakye, a communication member of the New Patriotic Party (NPP), has disclosed that the thought of Nana Addo Dankwa Akufo Addo, becoming President of Ghana scares most Ministers under this current government.

For him, their scare is premised on the fact that the corrupt deals they are engaged in now will be uncovered and be prosecuted for that, hence their worry.

A former Minister of Transport, Madam Dzifa Attivor called on her party to reject the NPP because she might go to jail.

Her statements attracted all kinds of attacks mainly from political opponents and even founder of the National Democratic Congress (NDC), Ex-President Rawlings.

But speaking on Adom TV’s Badwam political talk show on Tuesday, December 6, 2016, Nana Boakye wanted to know why they fear of being prosecuted if they have no shady deals under the carpets.

“They know they have stolen monies belonging to the nation and done things which can land them in jail, hence their strong campaign Nana Addo to emerge as the President of this nation”, he said.

He estimated that, Ghana needs a leader at this crucial moment to lift the country out from corruption, rot and bribery and that can only be done by Nana Addo and Dr. Bawumia.

“The country wants someone who will not mismanage the economy and plunge the country into debt”, he added.

Nana B, thus employed Ghanaians to go out and vote to turn up on Wednesday November 7th and vote massively for the Nana Akuffo Addo and all the NPP parliamentary candidates to make Ghana great again and reduce the level of poverty bedeviling the country.