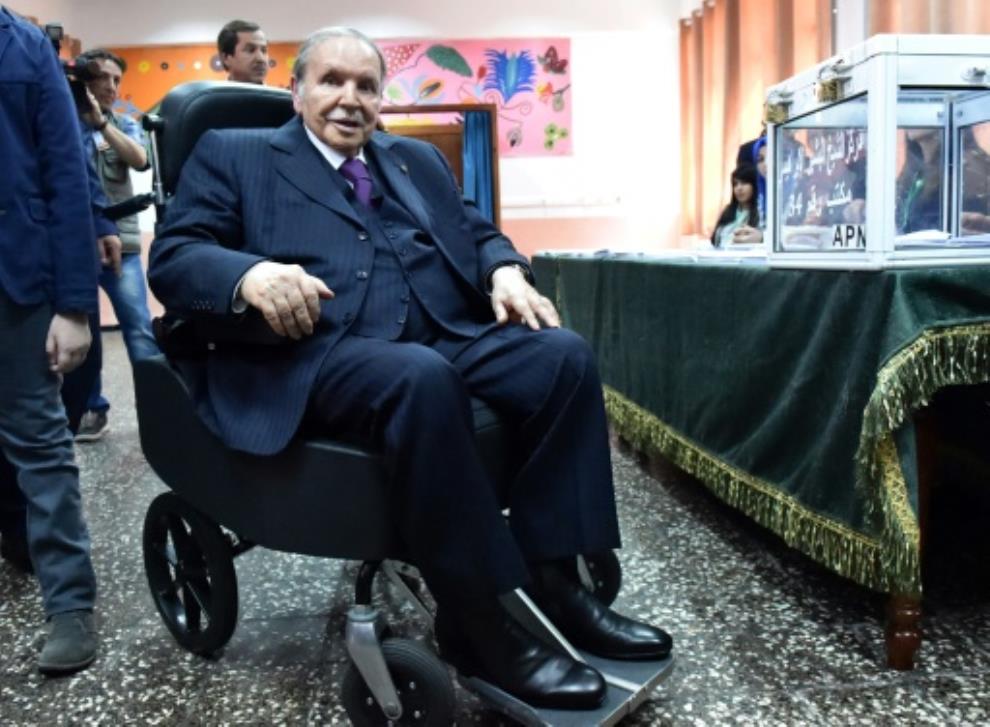 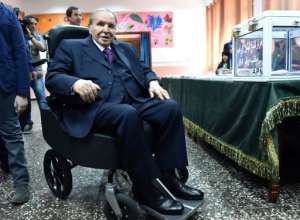 Algerian President Abdelaziz Bouteflika votes in legislative elections at a polling station in Algiers in May last year. By RYAD KRAMDI (AFP/File)

With no clear successor to longtime President Abdelaziz Bouteflika, Algerians may well see their frail leader who rarely appears in public cling on for a fifth term in office.

When Bouteflika came to power in 1999, he won the backing of his conflict-weary citizens who credited him with bringing about reconciliation after a fierce civil war.

Nearly two decades on and with a presidential election scheduled for next year, the 81-year-old leader shows little sign of leaving office despite his ailing health.

“As long as God keeps him alive, Bouteflika will definitely seek a fifth term,” said Mohamed Hennad, political science professor at the University of Algiers.

There has been constant speculation about the health of the president — and even rumours of his death — who suffered a stroke in 2013 that saw him spend three months in a French hospital.

But Bouteflika surprised observers to win a fourth term in 2014, casting his vote from a wheelchair, and he is widely expected to appear on the 2019 ticket.

“All the external signs tend to show a very small group of very powerful people at the head of the Algerian state, in favour of the re-election of the current president,” said Pierre Vermeren, contemporary history professor at the Pantheon Sorbonne University in Paris.

The sacking of Hamel was intended to curb the official’s ambitions, according to a diplomat based in the capital Algiers.

“It’s the housekeeping before the election,” the foreign envoy said.

The move is similar to reshuffles within the powerful intelligence services just months ahead of the 2014 election, in which Bouteflika clinched 81.5 percent of the vote despite being absent from the campaign trail. 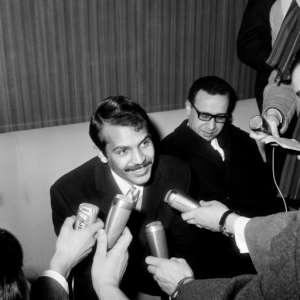 Abdelaziz Bouteflika pictured at Paris’ Orly airport on February 21, 1964, when he was then Algeria’s foreign minister. By STF (AFP/File)

Politicians have already been preparing for a fifth term under Bouteflika, with the secretary general of his National Liberation Front (FLN) in April asking him to run.

Last month, Prime Minister Ahmed Ouyahia said his Rally for National Democracy (RND) party would support the president “continuing his mission and his sacrifice in the service of Algeria”.

There is “no doubt that President Bouteflika wants to finish his days in power”, he said.

Possible opponents such as religious groups or political parties have been “totally marginalised”, according to historian Vermeren who said there is “no counter-power to the state leadership”.

Algerians may have some wait ahead before he announces his candidacy, which the president did just two months before the last poll. 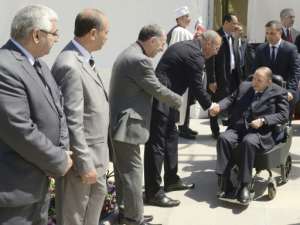 Although those wary of a political overhaul, after a fourth term marred by social and economic hardships, may decide to steer clear of the polls entirely.

The last presidential election saw a 50-percent abstention rate and it could reach a record high in 2019, with Algerians suffering from falling oil prices and youth unemployment at 30 percent.

Half of Algeria’s 40-million population is now under the age of 30 and few young people remember the expectant days of their president’s first term.

Nonetheless, from the University of Algiers, Hennad regard Bouteflika stepping aside voluntarily as an “improbable hypothesis”.

There is only one alternative, the academic said: “If he is declared unfit before the vote; unthinkable at the moment.”