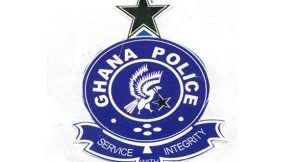 The driver knocked and killed a 41-year-old teacher in the town and fled instead of stopping to take the victim to the hospital, Chief Inspector Augustine Kingsley Oppong, the Regional Police Public Relations Officers, told journalists on Monday in Sunyani.

He said on Monday, 2 July 2018, Madam Abena Manu, 70, a farmer, reported to the Dorama-Ahenkro Police that her son Kwabena Darko, a teacher at Taforo who had been missing for some days, had been found dead near his farm on the Taforo-Kosan road.

Chief Inspector Oppong said Police proceeded to the place and found deceased lying prostrate with his body in a decomposed state adding that deceased’s Haojin motorbike was also found lying about 10 meters away from the body.

He said the body of deceased had been deposited at the Dormaa-Ahenkro Presbyterian Hospital morgue pending an autopsy, and asked the hit and run driver to surrender or be ready to face the wrath of the Police.