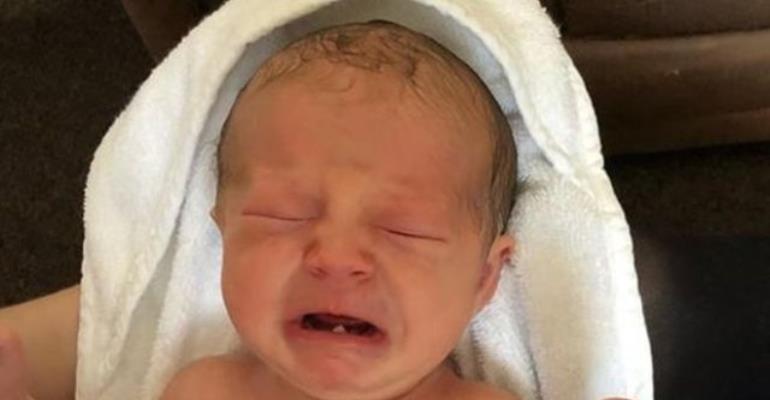 A baby girl born with a tooth has had it removed at just 12 days old.

Isla-Rose Heasman’s mum Jasmin, from Plymouth, Devon, said she “never expected” to take her daughter to the dentist at such a young age.

“She had to have it taken out as it was wobbly. She was braver than me, she didn’t really cry,” she said.

The Seven Trees Dental Access Centre said Isla-Rose was the “youngest patient” they had ever seen, but was still rewarded with a sticker.

Most babies start teething at about six months with some starting as young as four months old and others after a year. 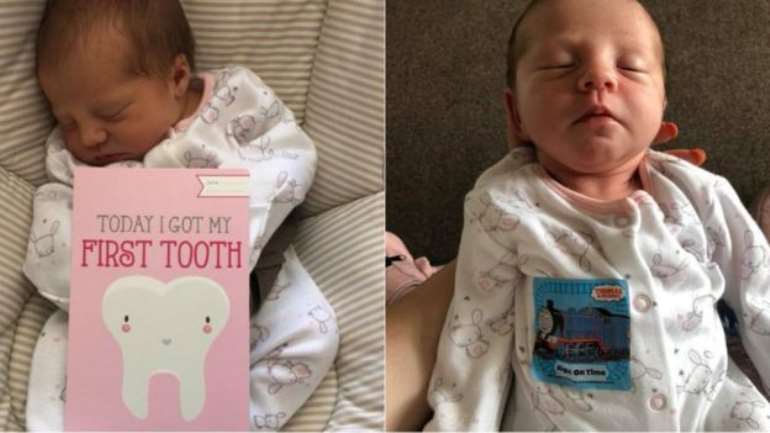 Isla-Rose was given some numbing cream before the procedure as a result of being too young to be given anaesthetic.

She received a sticker for being brave which Jasmin said is more than could be said for her.

“I had to go out of the room crying because I couldn’t stand seeing my princess in pain.

“It looks weird her not having a tooth now,” she added. 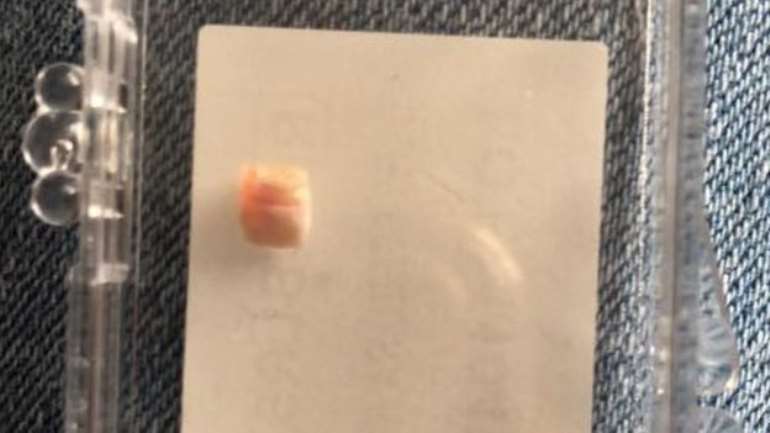 According to the BDA, about one in 2,000 babies are born with natal teeth – which are teeth present above the gum line at birth.

They are often loose because the roots are not properly developed.

Scientific advisor at BDA, Professor Damien Walmsley, said: “The condition can lead to problems with breastfeeding, ulceration of the child’s tongue, and there is risk of a detached tooth entering the child’s lungs. However, these cases are extremely rare.”