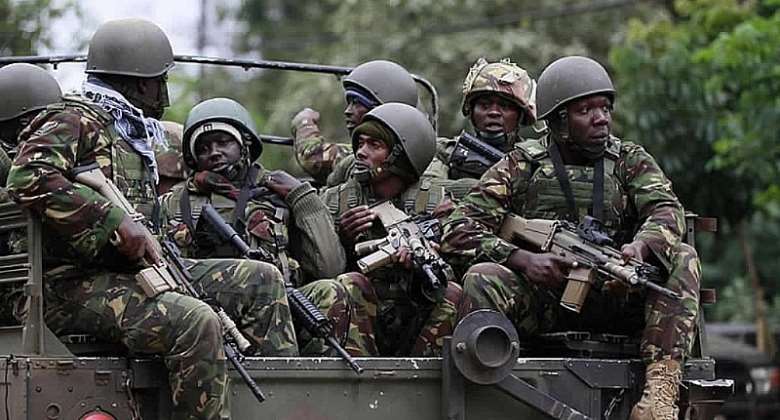 The Ghana Armed Forces (GAF) have announced that an operation conducted within Bawku and its surrounding communities has led to the arrest of 10 armed assailants.

In a press release from the Ghana Armed Forces, it has disclosed that three of its soldiers sustained injuries during the latest operation with one of the assailants being killed in the process.

“Ghana Armed Forces personnel have conducted series of cordon and search operations in Bawku and its environs in a bid to fish out armed assailants following renewed clashes and sporadic shootings over the past days.

“This led to the exchange of fire between personnel of the 11 Mechanised Battalion and some armed assailants at Sabongari, a suburb of Bawku on Wednesday 16 March 2022.

“In the process, one assailant died and five persons including three soldiers were injured. Ten (10) suspects were arrested and handed over to the Bawku District Police for further investigations,” part of a press release from GAF signed by Director of Public Relations, Captain Michael Addo Larbi has said.

The Ghana Armed Forces note that its cordon and search operations have been carefully planned in accordance with the rules of engagement in order to rid the Bawku Municipality of the armed assailants engaged in the sporadic shootings.

“All the allegations being circulated on social media that GAF personnel are on the rampage killing people and animals are false and diversionary and must accordingly be ignored,” it stated.

Below is a copy of the GAF press release: 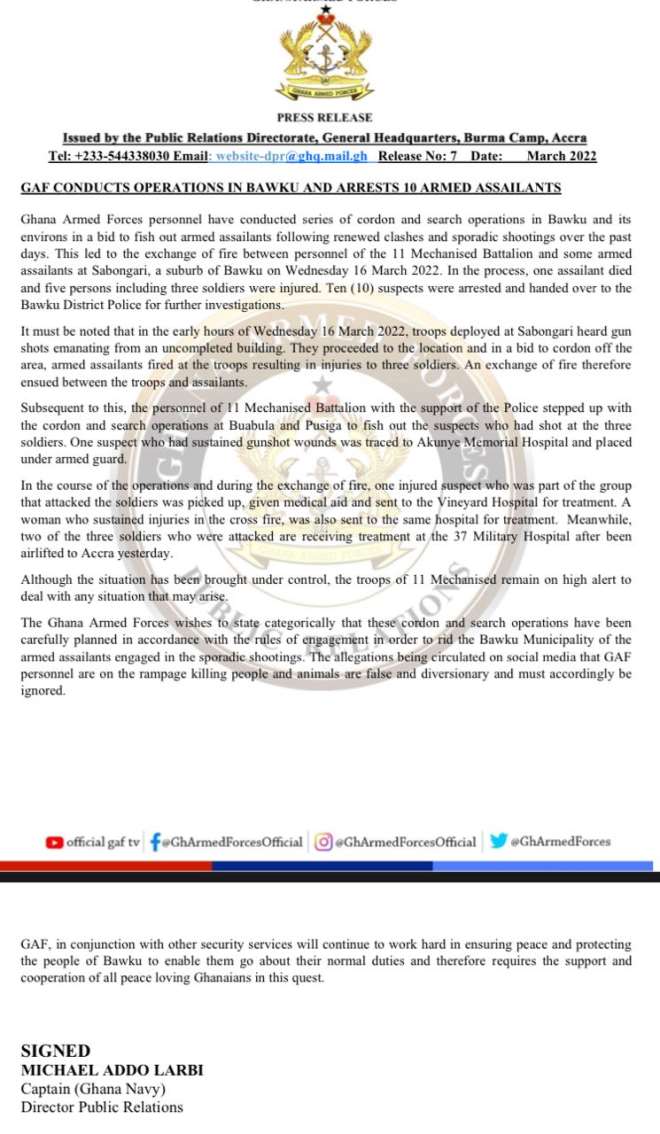