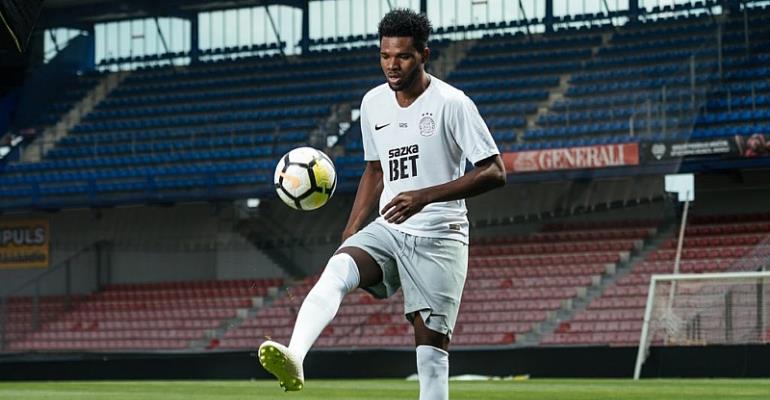 Ghanaian striker Benjamin Tetteh climbed off the bench to inspire Sparta Prague to win over SFC Opava in the Czech Liga 1 at the Generali Arena on Saturday.

Tetteh, who joined the side on a four-year deal last week, was left out of the starting eleven as they hosted league newcomers SFC Opava in the opening fixture of the season.

Sparta Prague endured a difficult after they were frustrated by the visitors as the first half ended in a goalless draw.

With the match looking to end in a stalemate, Coach Pavel Hapal called upon Tetteh as a replacement for Matej Pulkrab in the 57th minute.

The hosts sealed the victory in the 84th minute following an own by Jaroslav Svozil.

Tetteh’s immediate impact could give inform coach Hapal to hand him a starting berth in their UEFA Europa League clash against Serbian side Spartak Subotica on Thursday.