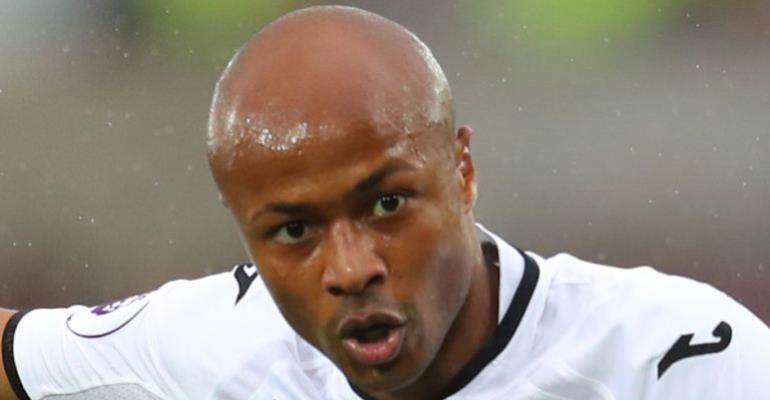 Swansea City forward Andre Ayew is closing in on a move to Turkish giants Besiktas with Newcastle planning a late move for the Ghana international according to sources close to the club.

Swansea are resigned to losing Ayew this summer following their relegation from the Premier League last season.

A number of clubs from home and abroad have shown an interest in Ayew with Besiktas in pole position to secure the former Marseille man’s signature.

Besiktas are keen to take Ayew on a season-long loan deal with a view to a permanent deal and they are in talks with Swansea.

Swansea are open to the idea of loaning or selling Ayew for the right price as they look to trim their wage bill in the wake of relegation.

Newcastle are also weighing up a move for Ayew with Newcastle boss Rafa Benitez keen to bolster his attacking options at St James’ Park this summer and they could rival Besiktas for the 28-year-old.

Ayew rejoined Swansea in January, signing a three-and-a-half year deal for a club record £18m fee from West Ham, having left the club for the Hammers in 2016, but could not help the club avoid relegation to the Championship.