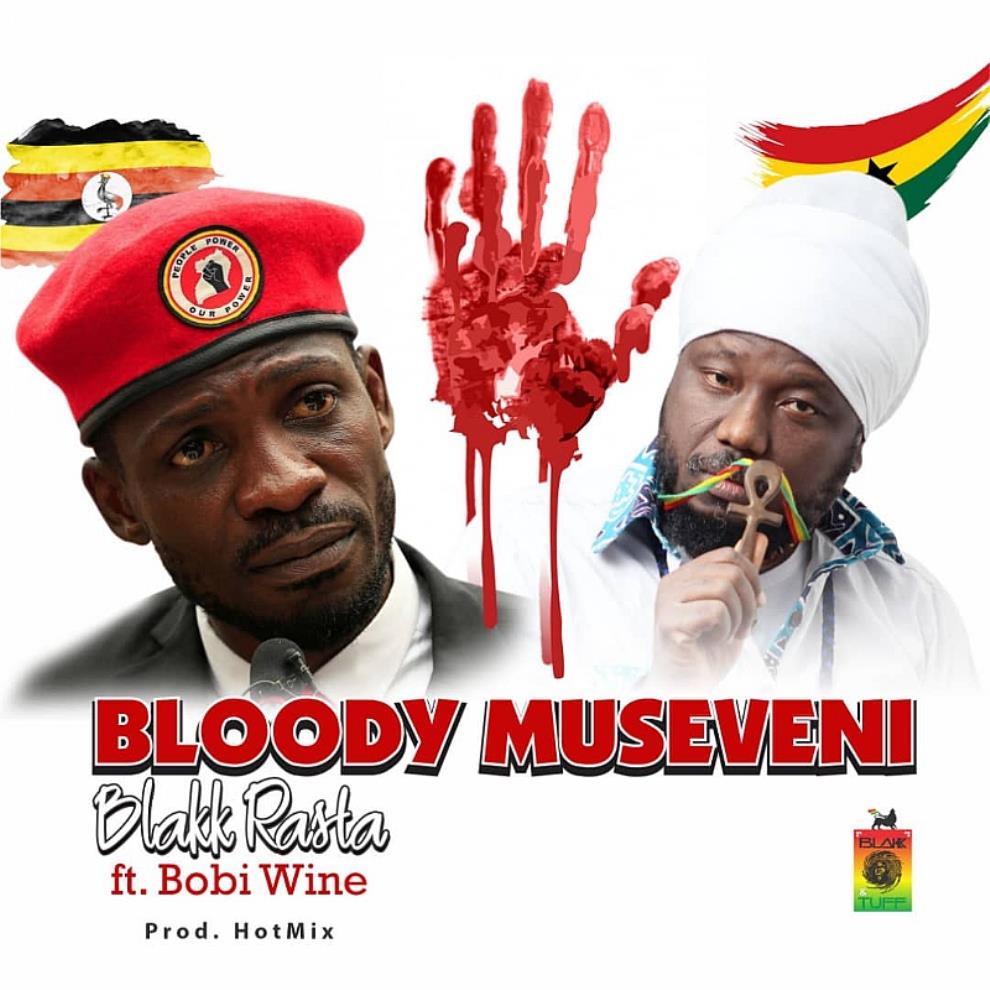 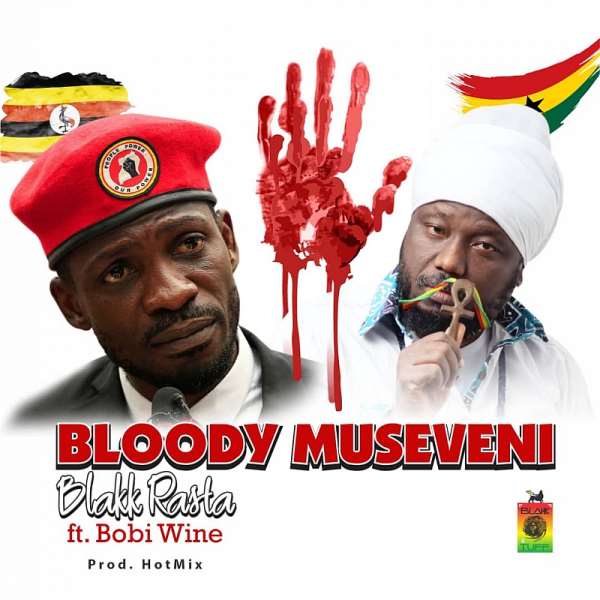 Blakk Rasta is a household name in Ghana and, on the continent, having achieved enormous success with his several Pan African songs and messages. Bobi Wine, since 2017 has become a solid force musically and politically in Uganda and, globally.

He is the one most people believe won the 2021 presidential elections in Uganda which victory has been usurped by the 76-year-old Yoweri Museveni who has ruled Uganda for 35 years.

Blakk Rasta is disgusted by the dictatorial nature of Museveni whose regime has become synonymous with extrajudicial killings, high-handedness, corruption, and terror.

Coming on the backdrop of this, the Kuchoko Legend has joined hands with his Pan Africanist friend Bobi Wine, known officially as Robert Ssentamu Kyagulani, to record a hard-hitting struggle anthem for the youth uprising in Uganda.

The song, Bloody Museveni, is rich in melody and instrumentation. The guitars stand out and they blend Reggae with some Makosa injecting some rocky trumpets to drum home the sweet female harmonies serenading the angry voices of the two militant soldiers. HotMix did the production and the mix.

“When two of Africa’s most militant entertainers meet, hell is a BIG joke, ” said Blakk Rasta. “Anywhere Africa needs our attention, we don’t hesitate to rise to the occasion. Jah know!”

Blakk Rasta made a song for peace and equal rights in Cameroon just a month ago called Cameroon. He has recorded a number of such songs for Nigeria and other African countries talking against injustice and corruption. The Americans have not been spared his brunt as he descended on Donald Trump with Dumb Trump having previously made a global hit with Barack Obama, a song that launched his international prominence.

Bloody Museveni will have you put it on repeat for several hours. It never gets boring. Uganda is on with an anthem which will be remembered for ages especially that Bobi Wine threatened an uprising, before the elections, if Museveni rigged the 2021 elections.

Check out the Lyrics

Freeing up the people of Africa

Is not a leader

Kick out this murderer

No freedom of speech.. Museveni

The only way we a guh get a liberation (Again!)

Opposition must come together as one

Our people complaining night and day

They wonder why they continue to live this way

All we know that things can change some day

Only if only we want them to change anyway

But Ugandans living in deficiency

We must abandon that silly tendency

Because the leader is drunk on power

The citizens suffer but he don’t care