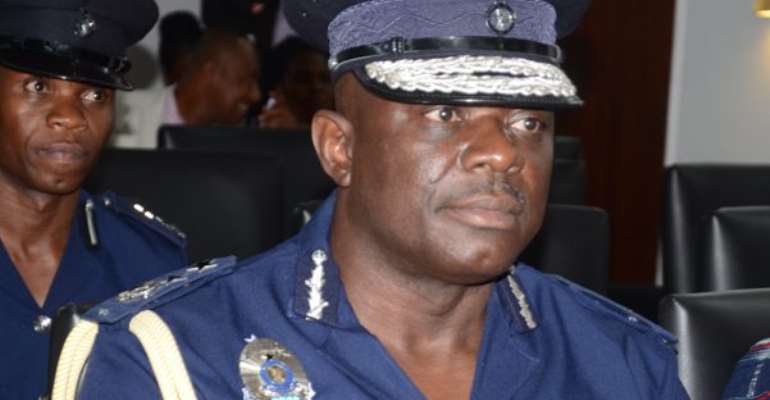 President Akufo-Addo has directed the Inspector General of Police (IGP), David Asante-Apeatu, to proceed on leave, with immediate effect, pending his retirement from the Ghana Police Service on Wednesday, August 14, 2019.

According to a statement signed by the Director of Communications at the Jubilee House, Eugene Arhin, “the President thanked him for his many years of service to the country, and wished him well in his retirement.”

It stated that President Akufo-Addo has asked the Deputy Inspector General of Police, James Oppong-Boanuh, to act as IGP until a substantive IGP is appointed in accordance with the Constitution. 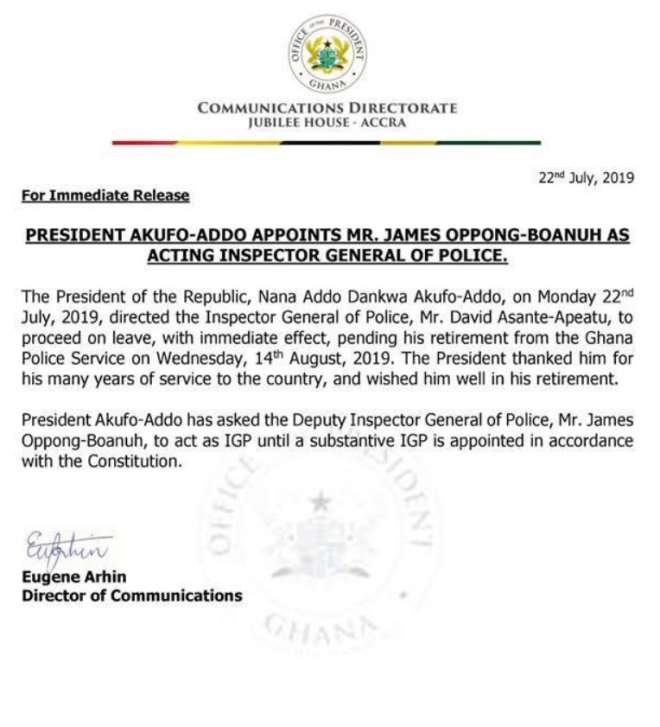