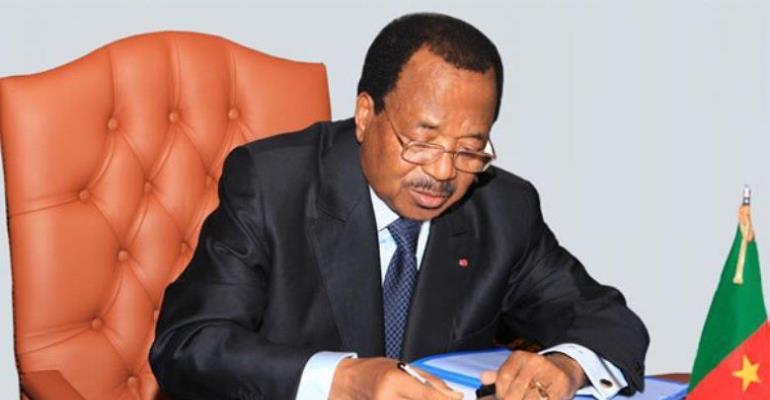 Abidjan, Côte d’Ivoire, April 24, 2018 – The President of the Republic of Cameroon, Paul Biya, ratified the agreement to establish the African Legal Support Facility (ALSF) on April 13, 2018 in the presence of his cabinet. Cameroon is the 25th Member State to ratify the treaty.

The bill authorizing President Biya to ratify the agreement was brought before the Senate, under the chairmanship of Senate President, Marcel Niat Njifenji, after the country’s National Assembly adopted the proposed statute. After the 100 upper house members voted in favour of the bill on March 15, 2018, it was transmitted to the President for ratification.

Cameroon has a long-standing cooperation with the ALSF, which has launched and successfully concluded several large-scale projects in the country. It supported the Government in developing the Nachtigal Hydroelectric Project, a strategic 420-megawatt facility and the country’s largest energy project, which is expected to begin operating in 2020. By adding this new source of clean, renewable energy to the country’s rapidly expanding grid, Cameroon will be able meet the growing needs of its population.

The ratification of the ALSF treaty was driven by Cameroon’s recognition of the value added by the its interventions and by the growing need to further strengthen and improve the country’s legal capacities. The ALSF delivers its services to both Regional Member Countries and non-Members, but Cameroon will benefit from closer collaboration with the ALSF and maintain broad access to its capacity-building events, knowledge products, and legal expertise.