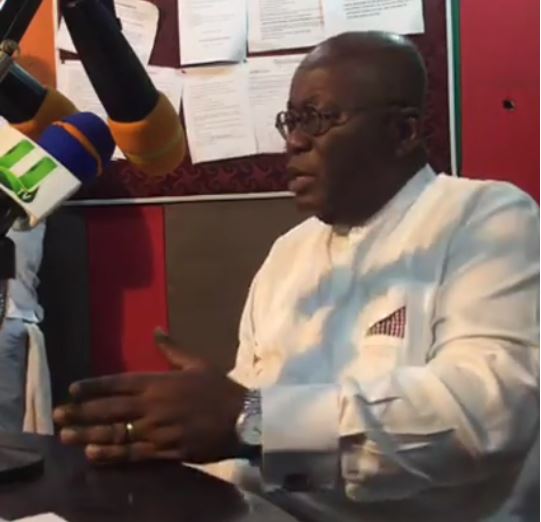 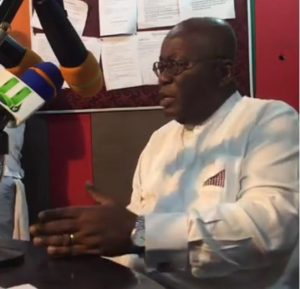 The relocation of Ghana’s capital from Accra to Kyebi will not develop the country in anyway and that is not an agenda that is being pursued by the New Patriotic Party (NPP), the flag bearer of the party, Nana Akufo-Addo, has stated.

As such, he has told the public to disregard those statements being propagated by his opponents as the party is rather focused on issues that will make the lives of Ghanaians better, with interventions such as job creation.

“I will be happy to create more jobs for Ghanaians than relocate the capital to Kyebi. That will yield no results and it’s not true; Ghanaians should not buy it,” he said in an interview with Peace FM’s Kwame Sefa Kayi on Friday, December 2.

Some GaDangme opinion leaders and groups have claimed they intercepted emails from Mr Akufo-Addo, in which he made numerous promises to donors of the party, to relocate the administrative capital of the country from Accra to his Kyebi homeland in the Eastern Region.

But the three-time presidential candidate has admonished the Ghanaian electorate to treat it as one of the falsehoods peddled by his opponents.

Mr Akufo-Addo stressed that it was a clear issue of propaganda which could be likened to claims several years ago by the party’s opponents that then-candidate John Agyekum Kufuor would relocate the sea from Accra to Kumasi, which was impossible.