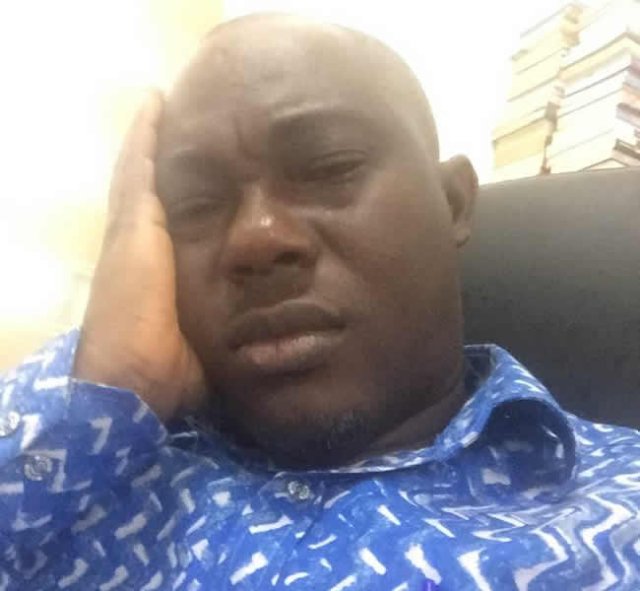 Capt. Mahama, I can’t eat because of your death – Prof. Gyampo

Posted By: adminon: May 31, 2017In: General NewsNo Comments
Print Email

The Director of European Studies at the University of Ghana says he was thrown into shock after learning about the gruesome murder of Captain Maxwell Adam Mahama.

The soldier was lynched by some residents of Denkyira-Obuasi in the Central Region Monday morning while on his routine jogging, it has been reported.

He was stoned and burnt after residents mistook him for an armed robber when they allegedly saw a weapon on him.

Related Article: Captain Mahama was to be promoted to ‘Major’ – Defence Minister

In a string of Facebook posts Tuesday, the political science lecturer said he has been unable to go about his daily activities because of the death.

“I am unable to eat…I am thinking about your wife and children. How will they look at you in your casket?” he asked.

“Why did you allow them to kill you? I love you. You were a good soldier. You were concerned about my safety and security.”

The death of Captain Adam Mahama has been roundly condemned by Ghanaians.

President Nana Addo Dankwa Akufo-Addo has pledged his government’s commitment to bring the perpetrators to face the law.

Captain Adam Mahama was due for promotion to the rank of a Major before his death, Defense Minister, Dominic Nitiwul has revealed.

A video in circulation on social media about the murder reveals the horror-struck hour of the soldier’s death.

The police in the Central Region have arrested four people in connection with Monday’s incident.

There were claims that some military personnel in the Region are on a rampage attacking residents in retaliation. More residents have fled the town for fear of being harmed.

But the military hierarchy has said it will collaborate with the police to probe the matter.

Chief of Army Staff Major General William Azu Ayamdo said: “a lot of people [think] we are coming to do some reprisal attacks…we are not.”

“People should feel free to go about their normal duties if they are not involved in any of these acts,” he said.

Prof Gyampo has decried comments by some politicians including the District Chief Executive over the incident.

“I haven’t thought about what to tell them. Later when I am calm, I will speak my mind and possibly petition the highest office of the land about their conduct.”

He said he will not be surprised if the people who carried out the murder are freed for want of evidence.

“That there is God is indubitable. That He alone is a just God cannot be controverted. That vengeance is His is unequivocal,” he said.