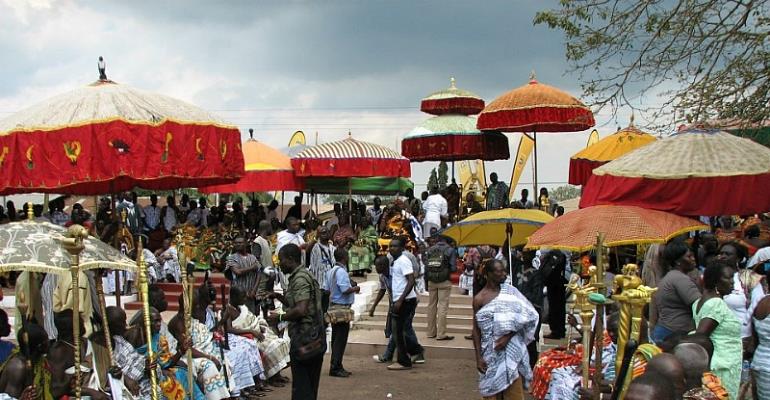 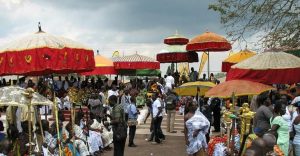 Prominent chiefs celebrating this year’s Akwambo festival in the Central Region have warned that persons who may wish to attend the event especially young ladies must present themselves decently.

They have disclosed that a bylaw barring all forms of indecent appearances has been passed and persons caught flouting the law could be arrested by the police who have been issued with instructions as part of the planning processes.

Speaking to the media as part of ongoing preparations towards the annual event, Nana Kwabena Botwe II, the Paramount Chief of Agona Swedru bemoaned the practice where patrons of the event especially the youth attend the celebration partially naked a practice is he worried about.

Celebrations are held at various times of the year, usually lasting for several days, and can include different activities according to local custom.

However, most Akwambo festivals share certain common customs such as the ritual path clearing, a public gathering known as a durbar, and family or community reunions. There may also be music and dance performances, soccer games, and parades. In some areas, young people hold an all-night party.

But the chief observed that the youth through their mode of sexually explicit dressing always try to take out the import of the event, warning that such a practice will not be countenance this time round.