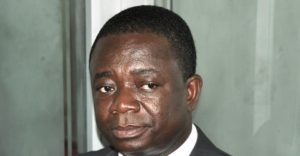 When Dr. Stephen Opuni, the former Chief Executive Officer of the Ghana Cocoa Board (COCOBOD), had his assets frozen, recently, many were the voices that chalked the move to pure political partisanship. To such voices, it was only a matter of time before Dr. Opuni’s assets were de-frozen and a profuse apology promptly rendered by the Government. The man who has been widely alleged to be the blood relative of former First Lady Lordina Mahama had also been widely accused of running a thoroughgoing scam at the former Ghana Cocoa-Marketing Board (GCMB) long before the Mahama-led government of the National Democratic Congress (NDC) that hired him was democratically removed from office.

Indeed, as I vividly recall, there was even a time when some junior workers at the nation’s largest produce-buying agency virulently demanded their CEO’s resignation. And then in the wake of the inauguration of President Addo Dankwa Akufo-Addo, when he was routinely and summarily handed his walking papers, legion were the voices of NDC supporters and sympathizers that caustically lambasted the key operatives of the Akufo-Addo Administration for being rude and boorishly ungrateful to the man who had been touted by some of his Amen-Corner associates as one who had served his country dutifully with rare distinction.

Now, it is beginning to emerge precisely how dutiful and distinctive Dr. Opuni had been of service at his former post. And so far, whatever little details that have been spilled into the public domain neither seems nor smells pleasant. Indeed, as of this writing, the Government was reported to have abrogated some illegal contracts awarded by Dr. Opuni that ranged on the order of GH₵ 225 million. I have yet to fully satisfy myself with the full details of the aforesaid contractual illegalities; and once I have assured myself of having availed myself of accurate information on this subject, I shall make my candid opinion known to my readers. In the meantime, whatever the quiddities of the Opuni Scandal, one thing is certain: and it is the quite well-known and predictable fact that the National Democratic Congress’ government had run a humongous Mafia-style racket the likes of which had never been known in the country’s postcolonial history. At least not since the Jibowu Commission Report of the late 1950s that rocked the transitional regime of then-Prime Minister Kwame Nkrumah.

It is also uniquely significant to note that the Opuni Scandal comes at a time when the sore losers of the Mahama-led National Democratic Congress are hell-bent on making an epic governance issue out of President Akufo-Addo’s decision to up the number of his cabinet appointees to 110 ministers and deputy ministers. Much of the criticism on the latter decision has centered around the question of cost. By some estimates, the cost of running a cabinet the size announced by President Akufo-Addo is approximately GH₵ 20 million per annum. And the latter does not include other perks and allowances that go with the job of being a substantive cabinet appointee or a deputy. Still, what none of these critics seems to be either concerned about or interested in is the fact that the preceding budgetary estimate far pales in heft compared to the GH₵ 52 million that the erstwhile Mills-Mahama government enabled Mr. Alfred Agbesi Woyome, the notorious NDC financier, to literally cream off our national coffers.

And the GH₵ 52 million, it bears repeating, was money literally gifted to just one man for absolutely no work done for the state by a government whose leaders treated our national treasury like a windfall. Their windfall, that is. And now we also learn that as CEO of COCOBOD, Dr. Opuni received a gross monthly salary of some GH₵ 75,000 (Seventy-Five-Thousand Cedis), that is approximately just under $ 20,000 in US currency. What this means is that it will take the salaries of at least four substantive cabinet appointees to equal that of Dr. Opuni. And we have not even begun discussing such perks as free accommodation and the liberal use of taxpayer-footed chauffeur-driven vehicles. And this is just one of the legion significant instances of executive corruption in which numbers do not tell even half the story (See “GH₵ 75K Opuni Salary Saga: Attacking Me Unfair! – Hackman” Classfmonline.com / Ghanaweb.com 3/29/17).