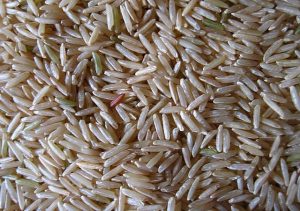 A Crop Improvement Scientist, Dr Michael Osei Adu, has warned against the consumption of rice said to have been made from plastic material and sold on the markets because, it has very serious consequences on the consuming public.

Apart from the product having a direct and long-term effect on the human anatomy, consuming products made of synthetic materials can also result in genetic mutation, he said.

There are reports of packaged rice suspected to have been produced from plastic materials and being sold on the Ghanaian market.

Dr. Osei Adu who also lectures at the School of Agriculture of the University of Cape Coast described the development as “a typical case of food fraud”.

Food fraud is a collective term used to encompass the deliberate and intentional substitution, addition, tampering, or misrepresentation of food, food ingredients, or food packaging; or false or misleading statements made about a product for economic gain.

Dr Adu said information he gathered suggests “some of these synthetics could actually cause mutations” which he described as dangerous.

Experts explain gene mutation as a permanent alteration in the DNA sequence that makes up a gene, such that the sequence differs from what is found in most people. Mutations range in size; they can affect anywhere from a single DNA building block (base pair) to a large segment of a chromosome that includes multiple genes.

“So it means that if your DNA is changed somehow, it is possible you will transfer it to the next generation,” he told Kojo Yankson, host of the Super Morning Show on Joy FM, Wednesday, June 21, 2017.

Although there is no empirical evidence to support this claim that plastic rice is being sold on the Ghanaian market, Dr. Osei Adu said: “If this is true, then this is how dangerous some of these products could be, that the consumer currently will not only be posing problems for himself but to the future generation”.

Meanwhile, the Crop Scientist blames the failure of systems dealing with the importation of food products in the country for the development. He said for instance that the United Arab Emirates which is not known for growing rice, has recently become one of the countries that export rice to Ghana.

He said one needs to satisfy only two conditions to import rice into Ghana – “being able and willing”.

“So basically it is a failure along the supply chain…We need to be able to trace and trust products pedigree and history,” he stressed.