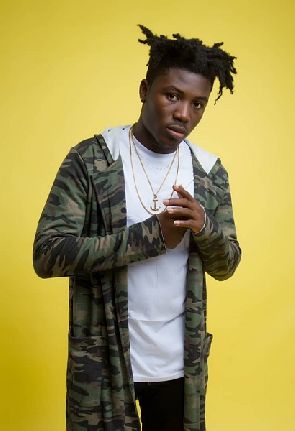 Ghanaian musician and producer,Danny Beatz is out with a new set of brand photos ahead of the premier of a new song in few days.

The African Prince Records signed artiste who is still enjoying a huge buzz with ‘Medekuku’ featuring the late Ebony is putting out the colorful images for public use and also to create a perfect brand identity in the minds of the masses.

Danny Beatz is undoubtedly one of the biggest names in the music industry as a musician and producer. His previous singles,”Kpanlogo Dance’,’Tokoro’,”Love juju” are some of the songs that resonate with the public, couple with increasing number of views on YouTube respectively.

He is also credited with the production of some of Ghana’s chart-topping and award-winning songs including,’Nkwada Nkwadaa’, by Guru,”Christy” by Dobble,’Date Ur Fada” and “Hustle” by the late Ebony etc.