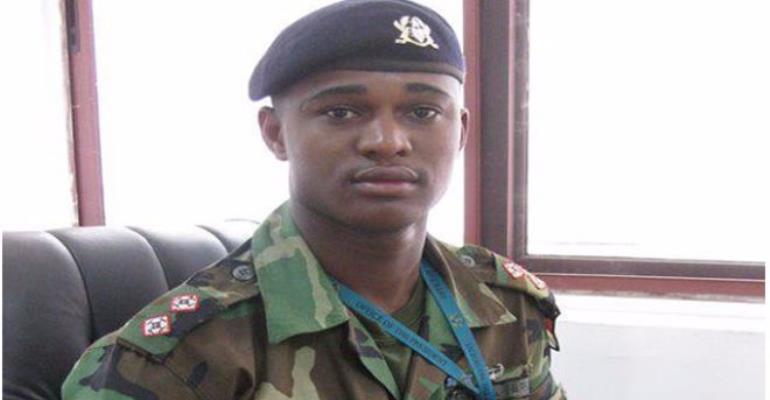 A defense lawyer in the trial of persons charged over the lynching of Major Maxwell Mahama, George Bernard Shaw has accused the team of military officers led by the late soldier of being deployed to the area to protect illegal miners.

He claimed the mining company they were protecting, C and G Aleska had been written to by the Minerals Commission to halt operation in the Juabo Forest.

Mr. Shaw also said the residents of Denkyira Oboasi had a frosty relationship with the company due to concerns they were degrading the forest.

The activities of this company became topical following the lynching of then Army Captain Maxwell Mahama by some residents of Denkyira Oboase.

The District Chief Executive of the area Daniel Appianin was suspended by President Akufo-Addo following comments he made suggesting the company was engaged in illegal mining.

WO Sabi under cross-examination said he was unaware of why they had been deployed to protect the company but added they carried out their duty professionally.

He, however, rejected the claim by Lawyer Shaw that the military was deployed to the site because of the constant attacks on the company by the residents of Diaso.

Mr. Shaw in a letter written by the Minerals Commission asking the company to halt its mining activities suggested to the witness that the company was engaged in an illegal activity.

WO II Sabi said he was unaware of any such directive.

The court has meanwhile ordered the Head of Department-Disclosure, at Vodafone Ghana to make available phone records of the first accused person, William Baah (assembly man) on May 29, the day the Soldier was lynched and that of May 30, 2017.

This follows an application made by his lawyer George Bernard Shaw saying access to the data will enable Mr. Baah put up his defense. This was not opposed by Chief State Attorney Evelyn Keelson.