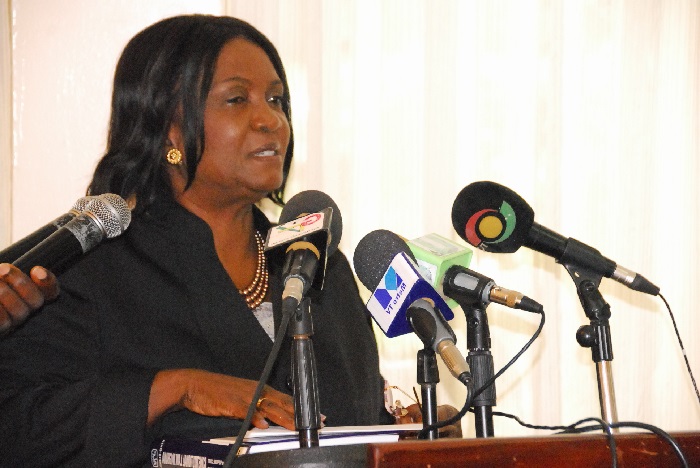 The 13 members of the Delta Force, a vigilante group, who escaped from a Kumasi Circuit Court, last Thursday have been fined a total of GH¢31,200.00.

The 13 who pleaded guilty to escaping from lawful custody were fined GH¢ 2,400 each when they appeared before the court yesterday.

Mr Ekow Mensah, the presiding judge, passing sentence, considered the fact that, the group willfully reported themselves to the police and also showed remorse by pleading guilty to the charge, adding that, being first time offenders, they must be given the opportunity to reform.

Apart from the fine, the convicts were to sign a bond of good behaviour for six months or default, serve three years in jail.

Also, the 13 accused persons would return to prison custody to continue with the two weeks remand until April 20 to appear before the Kumasi Metropolitan Assembly (KMA) Circuit Court on their initial four charges.

It is recalled that, the 13 members were forcibly freed by some of their colleagues at KMA Circuit Court on April 6, 2017, after the presiding Judge, Mrs. Mary Senkyere  remanded them to prison custody for two weeks for assaulting Mr George Agyei, the Regional Security Coordinator,who was appointed by the President, Nana Addo Dankwa Akufo-Addo.

They were remanded by Mrs Senkyere to appear before the court on April 20, 2017, when their counsels Mr Mathew Appiah and Ernest Osei Bonsu failed to secure bail for them.

Moments after Mrs Senkyere remanded them; a gang of “machomen” thronged the court room and marched them (the suspects) from the dock.

The group attempted to assault the judge who was swiftly whisked away to her chambers by the police to prevent any assault on her by the irate group, most of whom were dressed in all black.

After the bizarre incident at the court, the Interior Minister Ambrose Dery and the Inspector General of Police (IGP), David Asante Appeatu in a press conference condemned the incident and vowed to re-arrest the 13 escapees.

Condemning the incident, Mr Dery said, “no one is above the law….. and I wish to make it clear that, we shall do all in our power to make sure that, they are re-arrested and brought to face the due process”.

However, the Ashanti Regional Police Command minutes after the escape on April 6, 2017, arrested eight members of the Delta Force who were suspected to have stormed the court and freed the 13 members who were standing trial.

The eight, arrested at Fante New Town in Kumasi were on Monday remanded by a circuit court after they appeared before the court on the charges of disturbing court session, resisting arrest and rescuing persons in lawful custody.