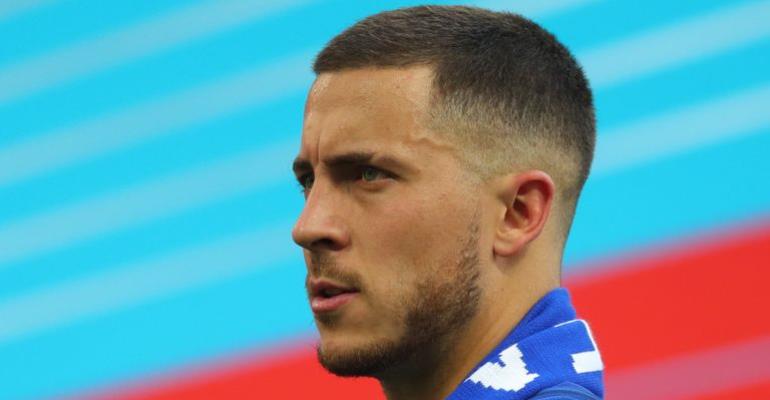 Following Belgium’s 2-0 win against England in the World Cup third-place play-off game, Hazard said that he could be ready to leave Chelsea for a new challenge.

He also said that people would already know his preferred destination – thought to be Real Madrid – and Dunn thinks it increasingly likely that the move will happen.

“Look how one of the best players at this World Cup, Luka Modric, has developed since he went to Real Madrid. He was a great player when he was with Spurs but he’s a class above that now because he’s playing with the best players in the world in a team that dominates the Champions League.

“Why wouldn’t Eden Hazard want to play for Real Madrid? Now there is an opening with Cristiano Ronaldo leaving and he’s quite right that he’s had six years at Chelsea where he’s been excellent.

“On top of that, he’s having to go through another change of manager. In his quotes, I did get the impression that he wasn’t overly enamoured that they had changed Antonio Conte for Maurizio Sarri and he paid tribute to Conte. His point of view will be that they’re changing manager all the time, so how about a new challenge for me? I would fully understand it.

“From Sarri and Chelsea’s point of view, the new manager is coming in and losing a player of that quality. We saw against England that he was the man of the match and outstanding again – he is everything Raheem Sterling should be for England.

“It would be a devastating blow for Chelsea, although, in theory, they hold the cards because he has two years left on his contract, but I think it will happen.”

His sentiments were echoed by The Times’ chief football writer Henry Winter, who believes Hazard will answer if Real Madrid comes calling.

“The fact that the last sentence in his quote was ‘and you know where that is’, it was basically saying this is the pecking order,” he said.

“In a way, it’s almost nothing to do with a change in management at Chelsea, although I do take the point that Conte created this platform with a system which allowed Hazard to flourish. But it is Real Madrid, and when Real Madrid come calling – we saw it with the likes of David Beckham and Gareth Bale – they are an absolutely iconic club and you can see Hazard going there and slotting in.

“You can see him playing in games where he’s not being kicked on a regular basis. I have huge admiration for him as a footballer but also his character as well because we’ve seen so many games where this has happened and maybe he feels like he has given his due in the trenches of the Premier League.

“He can go to a club like Real and flourish even more because he produces consistent beauty and elegance amid some of these flying tackles. It’s Real Madrid and you want to go to Real Madrid.”