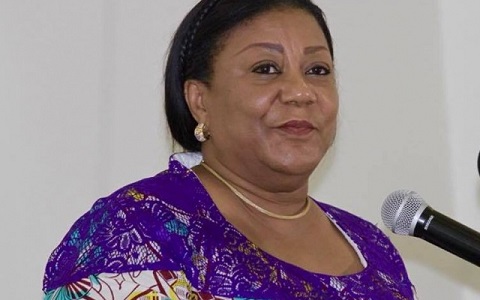 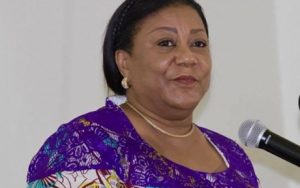 The First Lady, Mrs Rebecca Akufo-Addo, has stated that Ghana and the rest of Africa stand the chance of enhancing their economic transformation if they are able to eliminate malaria.

“When we eliminate malaria, Ghana will reap enormous benefits. We will quicken our pace of development and become more self-reliant. This applies to all countries within the sub-region too,” she said.

The award ceremony, on the theme: “Zero Malaria Now,” was organised under the auspices of the Private Sector Malaria Prevention (PSMP) Project and the GBCHealth Corporate Alliance on Malaria Africa (CAMA).

In the category of Sustainability focused malaria programming, EXXON Mobil, Dangote Foundation, Ecobank and ASANKOGold were recognised for their contributions.

Three media houses; the Daily Graphic, GTV and TV3 were also rewarded, while eight special recognition awards were given to some companies.

The First Lady, who is also the Chairperson of Infanta Malaria, a non-governmental organisation committed to helping fight malaria in the country, was also given a special award.

Mrs Akufo-Addo was of the view that the sub-region must fight malaria together for faster economic transformation, stressing that “this is important because of the movement of people across borders in our sub-region. We must create a malaria-free belt in West Africa”.

“I am happy to note that within the West Africa sub-region, some private sector organisations have taken steps to help control this disease by protecting their employees and communities. This is because as has been emphasised over and over again, malaria is both a disease of poverty and a cause of poverty in the West Africa region,” she added.

She commended the companies that were recognised at the award ceremony and encouraged others to follow their example.

She said for the country to push through its Ghana Beyond Aid agenda and the government’s commitment to the growth of the private sector and job creation, there would be the need for an educated, skilled and healthy workforce.

“Malaria is also absolutely bad for business. Malaria depletes the workforce and reduces productivity. Sick employees stay home and companies are compelled to spend huge amounts on their healthcare. The corporate heads here can testify that this affects your profitability. And it is not only businesses that lose. Families lose and governments also lose,” she said.

The Director-General of the Ghana Health Service (GHS), Dr Anthony Nsiah Asare, in an address, said the disease burden and cost implication of malaria were heavy on the government.

He said although a lot of gains had been made in the area of eradicating malaria in the country, a lot still needed to be done and, therefore, called on the private sector for support.

The Programme Manager, National Malaria Control Programme (NMCP), Dr Keziah Malm, said the country had developed an ambitious agenda to move Ghana to a state of pre-elimination by the year 2020 with an aim of reducing the disease burden by 75 per cent.

She said the foundation had, therefore, developed a strategy to engage the private sector in the eradication of malaria in that country.