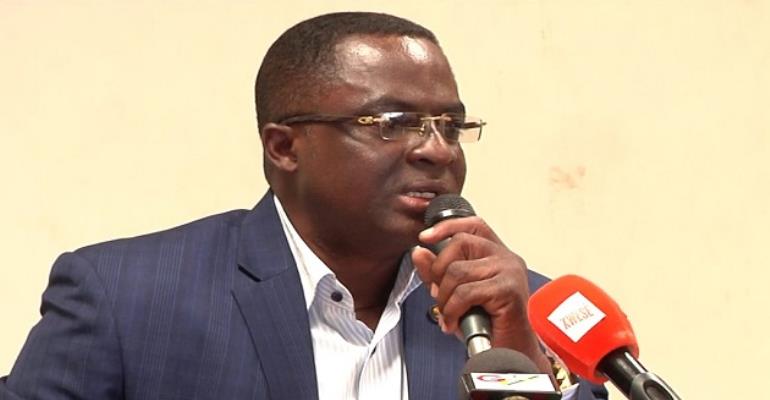 Former Project Officer and Press Attache of the Ghana Olympic Committee (GOC), Erasmus Kwao, has sued Ghana Olympics Committee for what he has described as “wrongful termination” of his appointment with the entity.

The suit was issued by an Accra High Court and it was dated January 15 after Kwao made his case through his legal counsel.

According to the writ of summons sighted by Citi Sports, Kwao is asking the court to rule on the termination of his appointment by the Ghana Olympic Committee headed by Ben Nunoo Mensah and award him damages.

According to the statement of claim, Kwao was appointed Project Officer in February 2015 by the GOC.

However, in March 2017 after the election of Ben Nunoo Mensah to the office of new GOC President, Nunoo Mensah and some people came to the GOC office to “verbally assault” Kwao.

The court document went on state that the keys to Kwao’s office were taken away from him and the locks were subsequently changed.

His contract was eventually terminated on the 30th August via a letter signed by Ben Nunoo Mensah.

In addition to this, Kwao also wants the court to order the GOC to pay him outstanding allowances and per diem for assignments in Botswana and Scotland.

In 2014, he was assigned to Team Ghana during the African Youth Games in Botswana where he was to receive an allowance of USD 100 each day. He was there for 13 days and since then, he has not been paid by the GOC.

In that same year, he was sent by the GOC to Scotland for the Commonwealth Games for 35 days where he was to be given USD 120 per day in allowances.

The GOC has only paid him USD 2,100 but has failed to pay the difference.

The writ goes on to state that Kwao is asking the GOC to pay “interests” on all that is due him at “commercial bank rate until the date of final payment.”

The Ghana Olympic Committee has 8 days to respond to the suit and if it fails, the court will pass judgement on the matter.