Expertise Of Senior Citizens To Be Tapped For Development 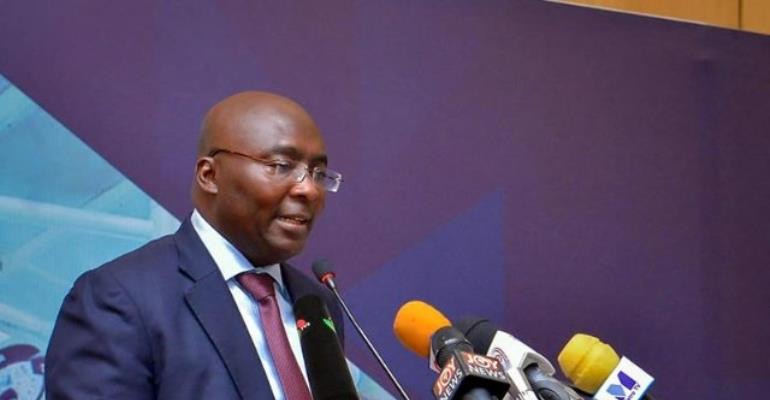 Government says it will tap the expertise and experiences of senior citizens in the country in a bid to get the youth to promote and achieve Ghana’s higher aspirations.

Vice President Dr Mahamudu Bawumia, who made the revelation, said the over 1.6 million senior citizens are a valuable human resource who could contribute immensely towards the development of the nation.

‘‘We still believe that there is still a lot more capabilities in you. I urge you to continue sharing your experience and wisdom in building a good society for the future. You are still our valuable human resource.

“The interest of the nation should override any other interest because, if we fail as a country, we fail together and if we succeed, we do so together,” the Vice President noted.

Vice President Bawumia said this when he delivered an address at this year’s Senior Citizens Day in Accra, Sunday.

July 1, every year is dedicated to commemorating the significant efforts and struggle made by senior citizens towards the development of the country.

The ceremony attracted some dignitaries, including the Speaker of Parliament, Professor Aaron Mike Ocquaye, the Chief of Staff, Madam Akosua Frema Osei Opare, members of the Council of State and traditional rulers.

Vice President Bawumia used the occasion to interact with the senior citizens and expressed the profound gratitude of President Nana Addo Dankwa Akufo-Addo and all Ghanaians to the elderly for their dedicated and persevering services rendered to the nation.

A minute silence was observed in memory of the late former Vice President, Kwesi Amissah-Arthur who passed on last Friday, June 29 at the 37 Military Hospital.

The Police Band provided melodious patriotic and gospel songs to entertain the gathering.

The Vice President said government was not oblivion to their challenges, and, therefore, urged the Ministry of Gender, Children and Social Protection to implement the guidelines in the National Policy of the Aged Persons of 2006, to improve the lives of the elderly and have priority access to social services.

He said government would continue to offer the necessary support and social interventions to better the lives of the aged, noting that, there were some key government interventions ongoing including the Livelihood Empowerment Against Poverty (LEAP programme.

Under the LEAP, he said, government had provided transfer grants to some 259,853 aged persons who were 65 years and above in extremely poor households.

Additionally, the National Health Insurance Authority had provided 502,301 aged persons who were 70 years and above with active NHIS membership cards at the end of December 2017, while the LEAP programme registered 82,189 elderly persons under the exempt category.

He urged Ghanaians of all ages to cherish and protect the peace of the nation by putting their political, ethnic and religious differences aside, and help build the country and make it a force to reckon with on the African continent.

Madam Abena Agyeikuma Kwarteng, a member of the senior citizens, who spoke on their behalf, appealed to the government to establish a pensioners’ unit at every constituency to help address issues regarding their pensions.

She expressed worry about the occasional assembling of aged persons at one place to validate their pension status, which often inconvenienced them considering the difficulty in movement of some of them.

Madam Otiko Afisa Djaba, the Minister of Gender, Children and Social Protection, for her part, said the Draft Aged Persons Bill, would be presented before Cabinet for consideration, and subsequently laid before Parliament for passage into law.

This, she said, would help deal decisively with emerging issues affecting pensioners and to improve their welfare.

She said the Ministry was engaging with health workers to facilitate the screening of the aged persons in the area of cancer, health pressure, diabetes, obesity and sensitization programmes, in order to enhance their healthcare.

Madam Afisa Djaba said her outfit had developed the Ghana Accessibility Standard for the built environment to ensure that all public institutions were disability friendly considering the fact that, about 12 per cent of the aged had one or two disabilities.

She added that it had begun steps to establish a recreational centre for the aged persons so there would be “One District, One Senior Citizens Centre, for them to interact with each other and socialise.