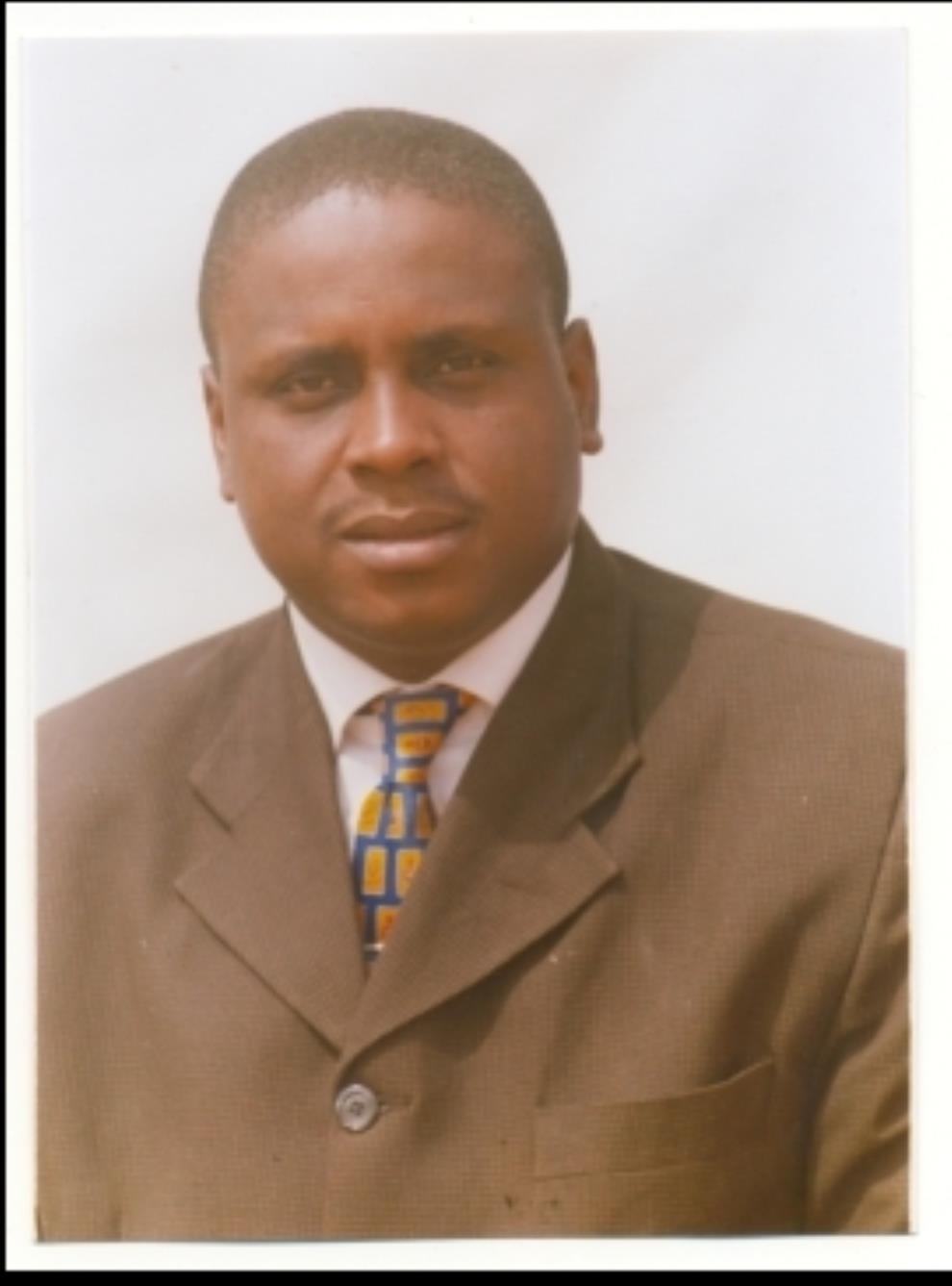 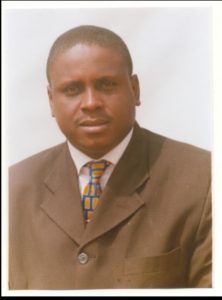 Fear Of The Future
When God called Abraham, He told him to leave his country, people and follow Him. God did not give him the details of the assignment or the place where He was taking him to go. He just came and told him to leave and also gave him a list of blessings He (God) had in stock for him (Genesis 12). This is exactly what God does with us most times. He comes and gives you a glimpse of a project in a vision, dream or prophecy and expects you to walk through by faith. He enjoys seeing us believe His word. Abraham (Abram) believed God and departed as he was instructed; armed with various promises of God. But something happened after awhile. God came again, this time in a vision and continued dishing out the promises as He used to. But Abraham had some reservations. He had some fears in his heart and he promptly challenged God to explain them. Let’s go through the story, “Afterward, the LORD spoke to Abram in a vision and said to him, ‘Do not be afraid, Abram, for I will protect you, and your reward will be great’. ‘But Abram replied, ‘O sovereign LORD, what good are all your blessings when I don’t even have a son? Since I don’t have a son, Eliezer of Damascus, a servant in my household, will inherit all my wealth. You have given me no children, so one of my servants will have to be my heir’.

“Then the Lord said to him, ‘No, your servant will not be your heir, for you will have a son of your own to inherit everything I am giving you’. Then the LORD brought Abram outside beneath the night sky and told him, ‘Look up into the heavens and count the stars if you can. Your descendants will be like that-too many to count! And Abram believed the LORD and the LORD declared him righteous because of his faith.” Genesis 15:1-6.

Like we said, this was not the first time God was coming to give Abram (Abraham) promises. Abraham has been believing God and things have been working out beautifully. He had received favour from people including foreigners. He had won battles. God had also blessed him beyond his expectations. But there was a very important thing to sought out – he had no son of his own. And what about that? Yes, amongst the promises was that he will be father to many nations, as his descendants shall be innumerable, just as the stars in the sky. So Abraham has been battling with this missing link. “How will I produce nations without first having my own child?” How possible can this even be in our old age?” “What good are all these blessings when I don’t have my own son? Will my servant inherit all my wealth.” All these were going on Abraham’s mind when God suddenly appeared to him in a vision.

And what did God do? The first thing He said to him was, “Don’t be afraid.” He had seen Abraham’s fear before appearing in that vision. He also brought Abraham outside in the night and told him to look up and begin to count the stars in the sky. He said that if he (Abraham) could count the stars, then he would be able to count his descendants. Wonderful! Then God began to tell him what will happen to his descendants and even events that would happen hundreds of years to come.

What can we learn from all these? God is not ignorant of all that we are going through. He sees all the fears in our heart. He has seen the ‘missing links’ before giving us His promises,and He knows how to take care of them. When we know Him very well,no situation will make us afraid again. This is the person that calls things to be out of nothing. He sees the end from the beginning. He sees the whole eternity at a glance. Nothing happens without His Consent. So, why should you be afraid when you are in His hands? Just know that He will provide the ‘missing link’ to your miracles. Yes, as a human being, there could be hidden fears in your heart even as you read through this message. But what you have to do immediately is to take those fears to him in prayer. Don’t hide them from Him. Don’t pretend. Don’t act super believer to Him. Just go to Him as you are. Table your fears in His presence. That was what Abraham did. Abraham opened up and poured his fears out to Him and he received prompt answers.Interestingly, God dramatized His answer by telling Abraham to count the stars of heaven in the night. He told him to look up. And this is the same thing He is telling you today. Look up! You must look up to see what God has in stock for you. You must look up to see what God is doing on your behalf. You must look up and move forward by faith.

Stop weeping. Stop sorrowing. Stop brooding over your condition, failures and mistakes. Look up! Once you are able to take your sight away from the negative situations, and refocus on the plan of God for you, you will be surprised to see your fears flying away. This is just the secret of those who succeeded in serving God. I believe this also because it is what I practice, and it has never failed me. I always focus on what God has said and what He is doing. Nothing can supercede what God has said concerning you. Bible also told us to look unto Him because He is the Author and the Finisher of our faith. If He started it, He will surely finish it. God did exactly what He told Abraham. Can you count the descendants of Abraham today? Can you count the Jews scatter all over the world- the Jews in Israel, America, Russia, Ethiopia, Europe, Africa, etc? Or can you count the children of Abraham by faith? God’s promises are true!

Jacob at a time in his life was running away from his enraged brother-Esau. He had cheated on Esau; stole his birthright and also with the help of their mother maneuvered to take away his blessings from their father. As Jacob was running away from home, he came to a place he later named Bethel at night, where he decided to sleep over using stone as pillows. Here, Jacob was running away from his negative past, had a painful present and was not certain what his future will be like. He was running away from his brother, whom he had cheated severally, then here at Bethel he was lying frustrated in the middle of the night, using stone as pillow, also not sure what will become of him as he went to search out for an unknown uncle. Yes, All these fears were also shown in the vow he made to God in Genesis 28:20-21, “If he will bring me back safely to my father, then I will make the LORD my God. This memorial pillow will become a place for worshiping God, and I will give God a tenth of everything he gives me”. You got that?

God had seen what Jacob was going through even before his prayer. Consequently, He gave Jacob a promise I personally consider to be one of the greatest I have ever found in the bible. And these are exactly what God is saying to you today. “I am the LORD, the God of your grandfather Abraham, and the God of your father, Isaac. The ground you are lying on belongs to you. I will give it to you and your descendants. Your descendants will be as numerous as the dust of the earth! They will cover the land from East to West and from North to South. All the families of the earth will be blessed through you and your descendants. What’s more? I will be with you, and I will protect you wherever you go. I will someday bring you safely back to this land. I WILL BE WITH YOU CONSTANTLY UNTIL I HAVE FINISHED GIVING YOU EVERYTHING I HAVE PROMISED” (verses 13-15). And these automatically settled Jacob’s fears.

I will like you to know that God is aware of those fears in your heart. Take them to Him today in prayers. Like He did to Jacob, He is promising not to leave you until He has finished performing everything He promised you. Your future is well secured in His hand. He said that His thought for you is of good and not of evil, and also to give you an expected end (good future). Don’t be afraid again! God bless you!