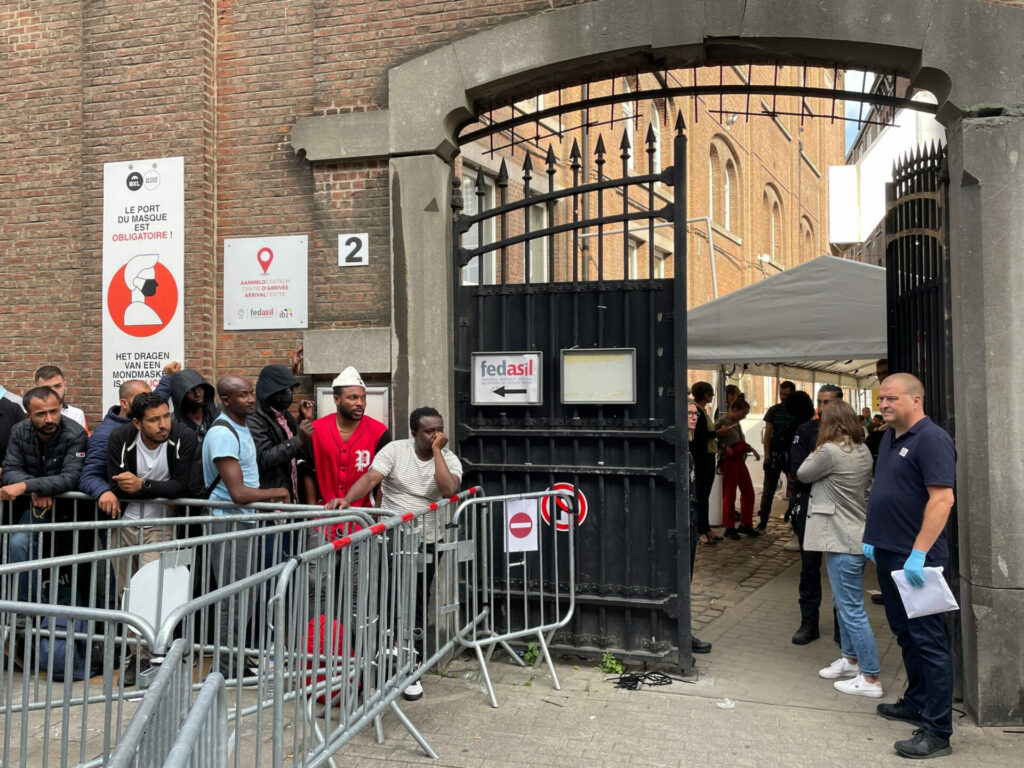 Illustration picture shows dozens of asylum seekers waiting at the entrance of the Fedasil registration center Klein Kasteeltje - Petit Chateau in Brussels, Monday 25 July 2022. Vluchtelingenwerk Vlaanderen and Fedasil point out that there are still too few places in the short term and that the procedures are still taking too long. On Monday, according to Fedasil, about two hundred applications took place, although just as many asylum seekers remained outside when at 9 am the gate of Klein Kasteeltje - Petit Chateau closed and the police asked the people present in line to leave the area and return tomorrow. According to the aid organizations present, dozens of people slept on the street in front of the application center last weekend, hoping to get inside. BELGA PHOTO NILS QUINTELIER

Only 288 recognised refugees are currently in a federal reception waiting to find a place to live, according to Fedasil, the Federal Agency for the Reception of Asylum Seekers.

On Thursday, the non-profit organisation Orbit, which works on super-diversity and migration, reported that 1,600 recognised refugees are currently stuck in shelters, due to a shortage of housing in Flanders, Brussels and Wallonia.

Fedasil disputes that. “At the moment, 1,690 recognised refugees are in the reception network, but not all of them are stuck. The majority of them are within the defined transition period. They have two months to find a home,” said Mieke Candaele of Fedasil.