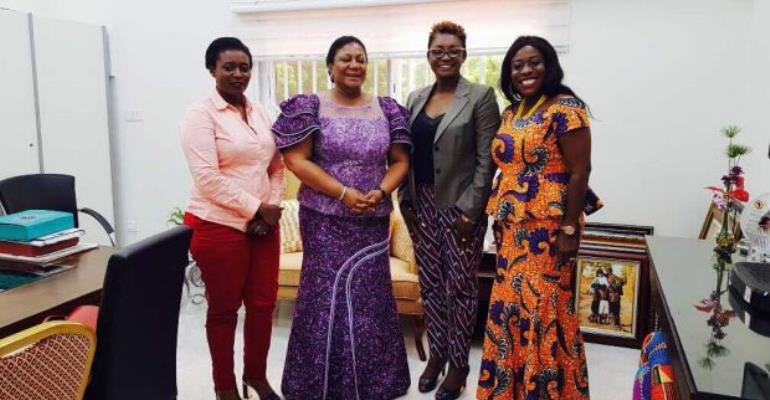 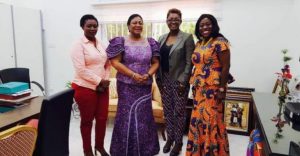 The First Lady of the Republic of Ghana, Mrs. Rebecca Akufo-Addo has expressed her willingness to support the Black Star International Film Festival (BSIFF).

When the Founding President of BSIFF, Juliet Asante paid a courtesy call on Mrs. Akufo-Addo on Wednesday 16th August, 2017, she said she was ready to lend help to the festival anytime she would be called upon.

“This is a very good initiative that will go a long way to promote the art and tourism sectors in Ghana. I will be at the programme and will be there to support you as long as the festival is alive,” she said.

Present at the meeting was the Minister of Tourism, Arts and Culture, Catherine Afeku who will be gracing the festival.

Also present at the occasion will be the Vice-President of the Republic of Ghana Dr. Mahamadu Bawumia, his wife, Samira Bawuma and other revered personalities in Ghana.

“Moonlight” by Barry Jenkins will be the opening film as well as the highly –acclaimed “A United Kingdom” by Amma Asante as the closing film.

Films from other countries the world over will also be shown at the programme.

A very important part of the programme is the Yaa Asantewa-UNDP awards which seeks to celebrate film makers that tell stories geared towards the sustainable development goals.

“Each award has a value of $3,000 with the goal of empowering the winner to start a new project geared towards promoting the sustainable development goals,” Juliet told Citi Showbiz.

Themed ‘For the Young at Heart,’ the Black Star International Film Festival is a festival focused on the business of film; creating connections through film, bridging the gap between African Cinema and the world.

It is a subsidiary of the Black Star International Film Institute, a non-for-profit aimed at film advocacy, the creation of global connections through film, and bridging the divide with African Cinema and the world.

This is an annual film festival held in Ghana and in its second year.