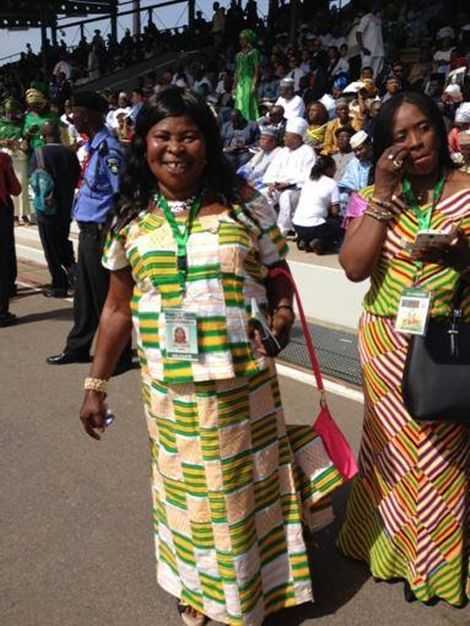 Four persons, including the Central Regional Chairman of the Ghana Freedom Party (GFP), Yakubu Yusif, are in the grip of the police for allegedly masterminding a robbery attack on the Founder of the GFP, Madam Akua Donkor.

The other suspects include a personal driver of Madam Donkor, Banabas Kayase, 36; a member of the party, Opoku Agyemang, 52, and a suspected leader of a three-member robbery gang, Abdul Razak Shiabu, 29.

Two other members of the gang, identified only as Nuamah (alias Lion) and Joe, who joined Shiabu to attack Madam Donkor on a motorbike, are currently on the run.

It is said that the gang of three had been hired by Yusif, 23, and the other members of the GFP to attack Madam Donkor while she was leaving the country for the United States of America (USA) for holidays.

The gang is said to have attacked Madam Donkor who was on board a vehicle on her way to a brother’s house at Sowutuom, in Accra, before she left for the Kotoka International Airport (KIA) enroute to the USA.

When Madam Donkor refused to comply with the order, the gang is said to have dragged her out of the car with the help of her driver, after which they fled on their motorbike with the handbag and its content.

The handbag, according to the police, contained an unspecified amount of United States dollars and local currency, Madam Akua Donkor’s passport, plane ticket to the US, credit cards and other documents.

Immediately after the incident, Madam Akua Donkor, who claimed she saw the driver making telephone calls and telling the gang the routes he was using to Sowutuom, managed to arrest Kayase with the help of a good Samaritan and handed him over to the police.

She said the driver at a point slowed down and started blinking the lights of the car and “shortly afterwards, the three men on a motorbike crossed the car and asked me to give them my foreign currency and my bag.”

When she resisted, Madam Donkor said Kayase opened the door of the car and pushed her down as the gang members tried to pull her down “and they took my bag”.

Madam Donkor told journalists that it was about 2:30 a.m. when the incident happened and showed injuries she sustained on her right elbow and fingers.

After gathering intelligence, the police arrested the other three suspects separately and they led the police to retrieve the hand bag but the money, passport and cards could not be found.

In the course of arresting Yusif, one of the police personnel was said to have fallen off a moving vehicle as the police gave Yusif a hot chase when he tried to escape in his car.

The policeman whose name has been withheld by the police is currently responding to treatment for a dislocated shoulder bone at the Police Hospital in Accra.

Later, it was also found out that the gun which the suspected robbers used was fake.

The police believe the other two members of the gang are hiding at Abura Dunkwa in the Central Region or in Accra and asked the public to assist the police with information that can lead to their arrest.