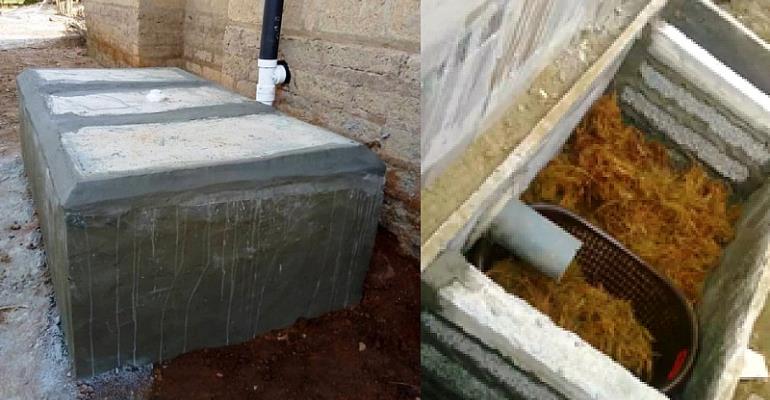 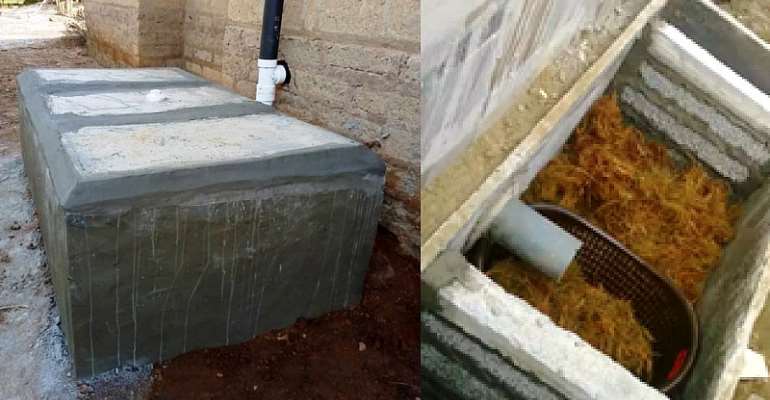 Initially, David Arthur and his family shared a pit latrine that belonged to another person in their neighborhood at Baba Yara. The pit latrine had a lot of houseflies. The stench was also awful.

But in March this year, he heard of innovative and affordable toilets being sold by the Greater Accra Metropolitan Area (GAMA). Arthur was interested because of the flexible terms of payment and so decided to buy one.

“I first paid GH 600 cards and later on adding GH 200 sides. Now I am left with GH 300 codes to pay,” said Arthur. “I am happy I have a new type of toilet. It is rather neat and you feel comfortable using it.”

The Millennium Development Goals (MDGs) report in 2015 showed that Ghana performed poorly in the area of sanitation where only 15 percent of Ghanaians had access to improved toilets.

The Greater Accra Metropolitan Area (GAMA) is thus bent on improving access to proper sanitation through the construction of innovative toilet facilities at subsidized prices, for especially low-income communities within the area.

Arthur said a lot of people keep coming to him to inquire about the new toilet. He also gives them all the information he has about it. Many of the people get interested and more and more of them are now putting up the toilet.

“It is good for everybody to have one. It does not require big manhole and a lot of concrete like the old flushing toilet we know,” said Mary Adu, Arthur’s wife. “Besides, in the night, when you have a running stomach you can conveniently access it and save yourself. You don’t need to go knocking at someone else’s door.”

These new toilets are selling at GH 1,100 sides. A full package includes a toilet room, toilet seat, hand wash basin, a biofuel digester and a discharge unit (soak-away). People who already have their rooms can get all the other items at a price of GH 600 sides.

Since 2015, 12 districts, including La Nkwantanang-Madina Municipal Assembly (LaNMMA) have started implementing the project. Communities in LaNMMA such as Madina Zongo, Baba Yara, Damfa, Otinibi, and Addo Teiman are places where many people have bought the new toilets for their homes. Residents in these areas had poor access to sanitation facilities and usually engaged in open defecation as well as defecating into polythene bags and throwing them into drains.

Arthur’s wife, Mary Adu said the introduction of GAMA toilets has made the town neat. She said, before, there were a lot of black polythene bags with feces almost everywhere you passed. But now such practice has declined drastically because a lot of households now have toilets.

As of April 30, about 1,716 GAMA toilets have been built in the municipality.

Rachel Anti, the Project Engineer at LaNMMA said aside her, the Assembly has an environmental sanitation project team, project coordinators and a supporting officer who oversee the construction of the toilet facility.

“There are contractors who undertake the construction. The assembly supervises them very well to ensure they build quality and durable toilets for the customers,” said Anti. “We work with contractors who have good designs, experience in toilet construction, and excellent workmanship.”

According to Anti, before the toilet facility is handed over to the customer, the Assembly does all the necessary checks before approval of payment for the contractors. The customer also has to express full satisfaction before the contractors are paid.

There are flexible terms of payment for the customer. At least one has to pay half of the total amount before construction of the toilet and then pay the rest in installment. However, the customer has a maximum of three months after the facility is built to finish paying.

If there is any problem, customers can always report to the Assembly.

“So far the feedback has been great. Many of the users tell us that the toilet is convenient and neat. It has also helped them save a lot of money,” said Anti. “It has reduced open defecation and increased access to improved sanitation facilities. Typhoid, cholera and dysentery have all been reduced.”

Anti said the initiative has also created jobs for a lot of people because local artisans are employed to build the toilets.

Nevertheless, there have been some challenges in the implementation process, said Anti. Some customers have not paid all their debts. It is difficult to construct the toilet in waterlogged areas. And in some cases, too many people use one toilet thus making the digester get full quickly than had been anticipated. Scarcity of water in certain places also poses a challenge as people would need water to flush the toilet.

Boatema Baidoo, a seamstress at Baba Yara in Madina had her toilet constructed in 2017. At that time she wanted to rent an apartment. However, the apartment did not have a toilet so a friend introduced her to the GAMA toilets.

“I paid the entire amount at once because I was in dire need of a room so I had to pay quickly for the toilet to be done,” said Baidoo.

It has been three years now and she said her digester is still not full because only one other person uses the toilet.

“I have a sticker with a company’s number that I can call when the digester is full or when there is any other problem. I enjoy using this type of toilet because it does not give off any bad scent,” she said.

Another Madina resident, Mercy Asiedu, had hers built in 2016 and has experienced no problems since then.

“I find it very safe unlike public toilets where you can even contract diseases,” said Asiedu.

Before the toilet was done, it was a big challenge for her and the family. Her children for example felt shy to go to other people’s house to attend to nature’s call.

“Earlier on, my children would put polythene bag into a bucket and ease themselves into it. After that they would tie the polythene and then take it to the refuse dump,” she said. “But now all this has stopped.” 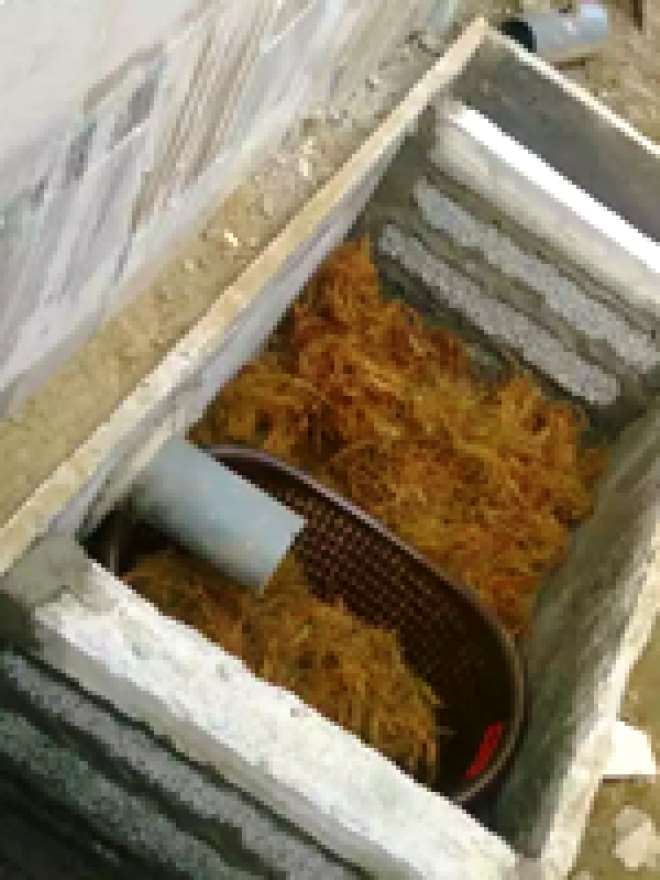 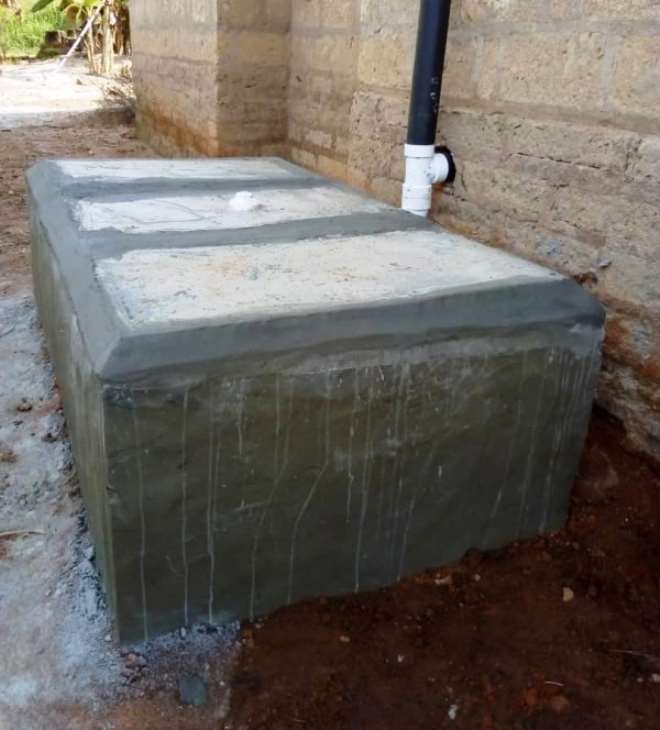